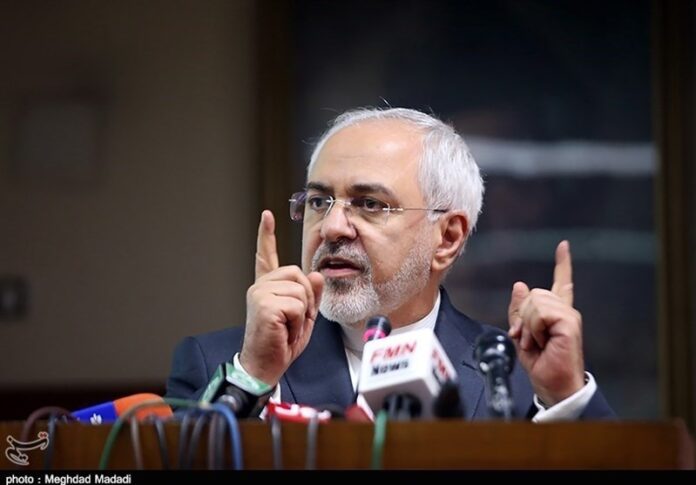 Iranian Foreign Minister Mohammad Javad Zarif denounced the US president’s veto of a congressional resolution to end US military assistance for Saudi Arabia’s war on Yemen, saying it demonstrates the alarming influence of the Zionist lobbies on America’s politics.

Asked by reporters about the US president’s move to veto the congressional bill, Zarif said in Ankara on Thursday that Israeli Prime Minister Benjamin Netanyahu and his cohorts have unfortunately gained such level of influence on the US political society that are challenging the US interests, the assets of Americans, and even a congressional decision.

On Wednesday, US President Donald Trump vetoed a bill Congress passed to end the US military assistance in the Saudi Arabia-led military campaign against Yemen.

In a break with the president, Congress had voted for the first time to invoke the War Powers Resolution to try and stop US involvement in a foreign conflict.

The US provides billions of dollars of arms to the Saudi-led coalition attacking Yemeni people.

Since 2015, the US has provided the aerial refueling of jets, reconnaissance, targeting and intelligence information to Saudi Arabia and the United Arab Emirates (UAE), in their campaign against Yemen, according to Al Jazeera.

Saudi Arabia and a coalition of Arab governments have launched more than 19,000 air raids across Yemen.

The fighting in the Arab world’s poorest country also has left millions suffering from food and medical care shortages and has pushed the country to the brink of famine.

Air raids by the Saudi-UAE coalition have hit civilians, hospitals and water treatment facilities. Aid groups estimate as many as 60,000 civilians have been killed in the war and as many as 85,000 children starved to death, with millions more “one step away from famine”.