The image on the newest cover of UK-based The Economist is a variation on a theme: President Trump and Russian President Vladimir Putin in profile, close enough that they could almost kiss.

In The Economist’s black and white and pink version, the implication is that a kiss has already happened, the pink imprint of rounded lips on Putin’s cheek a match to the pink stain on Trump’s lips.
It’s not the first outré cover art the magazine has published relating to either president. Just last week there was a cover depicting President Trump as a Molotov-cocktail-holding flamethrower, as well as Oct. 22nd’s pop art style, red-eyed Putin cover, Adweek reported.
The article behind the cover, entitled “Courting Russia”, looks at what possible benefits can be had by seeking to work with Russia. 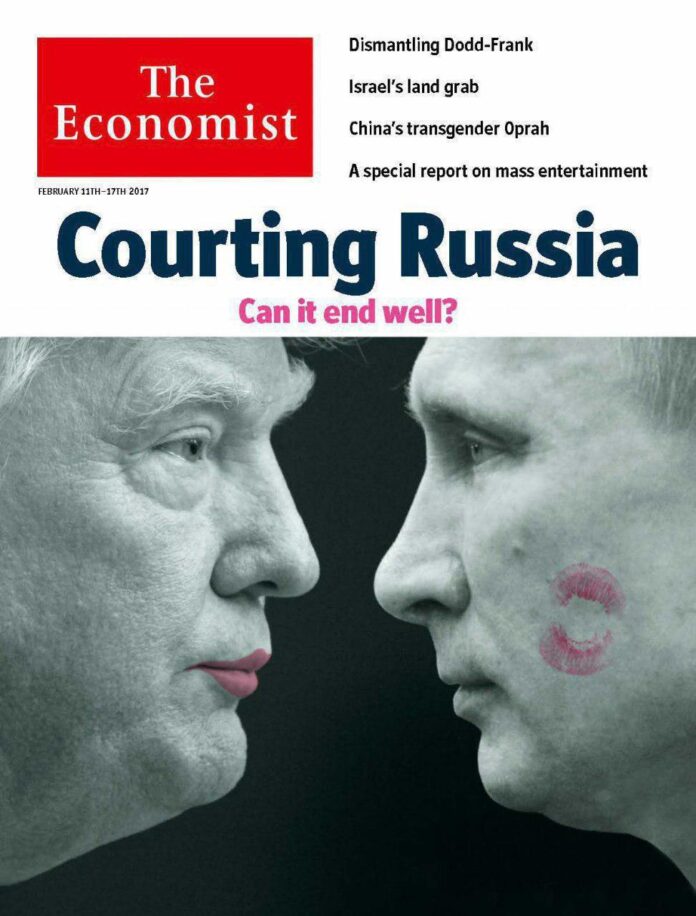