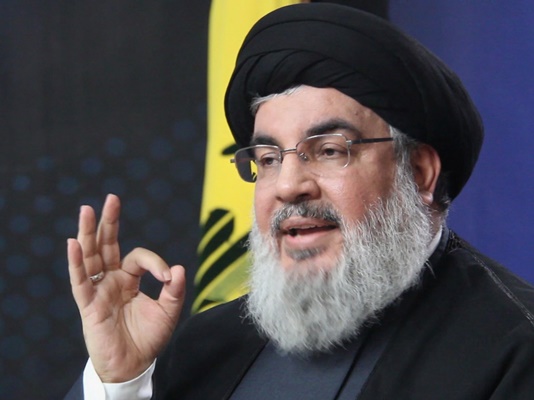 Secretary General of Lebanon’s Hezbollah Resistance Movement Sayyed Hassan Nasrallah says the US president’s decision on Jerusalem al-Quds will definitely mark the beginning of the demise of Israel.

He made the remarks in an address to crowds of people who demonstrated in the southern suburb of Beirut in denunciation of the US decision to announce Jerusalem al-Quds as the capital of the Israeli regime.

Nasrallah asked the Palestinian people to hold on to their rights and refuse this decision in all possible ways, confirming that al-Quds is the Palestinians’ everlasting capital.

“The stance of the Palestinian people is the key to all the coming period,” he said, according to Al-Manar.

“We renew our vow to stay with Palestine, al-Quds, and all the Islamic and Christian sanctities, as we are witnessing today a true intifada (uprising) in which Muslims and Christians are all united to defend the sanctities.”

He further noted that the major response today should be boycotting the Israeli enemy, halting talks, and stopping any talks of normalized ties with Tel Aviv.

He also called upon the Palestinians to “kick out any delegation that comes with an intention of normalizing relations with Israel and tell them that there won’t be any negotiation or settlement before Trump pulls back his decision”.

Nasrallah stressed that the Arab League and the Organization of Islamic Cooperation (OIC) must put an end to the peace process.

Nasrallah expressed his appreciation to all the states, presidents, and governments who rejected Trump’s decision, noting that “Trump thought that if he announced Al-Quds the capital of Israel the entire world would submit to him, but instead he only had Israel on his side.”

He went on to say that “I speak today in the name of all the resistance axis – people, states, and factions – the resistance axis has overcome the previous phase and today, it stands strong and victorious as it is finishing its battles and defeating the US and Israeli elements, and now Palestine, its people, and Al-Quds will return to be its top priority.”