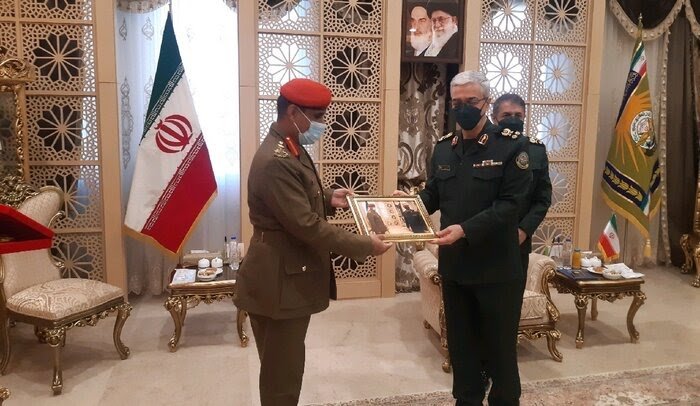 Chairman of the Chiefs of Staff of the Iranian Armed Forces Major General Mohammad Baqeri says foreign troops are not needed in the Middle East as regional countries are totally capable of establishing security and defending their own interests.

Bagheri was speaking on Monday in a meeting with Brigadier General Abdulaziz bin Abdullah al-Mantheri,

deputy for Operations and Planning of Oman’s Chief of Staff in Tehran.

Baqeri added that the US and European countries believe that they can prolong their presence in the region by pitting regional countries against each other and they aim to spread Iranophobia among regional nations.

It is surprising that some Arab countries in the south of the Persian Gulf have established relations with the Israeli regime, the senior Iranian commander said, adding that the Zionist regime’s enmity toward the Muslim world and regional nations is known to all and the establishment of such ties with Tel Aviv will definitely cause trouble for the region in the future.

The top Iranian commander expressed hope that Muslim nations will promote brotherly ties and will not allow foreign powers to take advantage of their differences. Baqeri however noted that Oman has always played a positive role in all regional developments, adding that there is good naval coordination between Iran and Oman and also regarding the issue of Yemen and other regional developments.