Time for UN to Take Action on Rohingya Plight: Iran 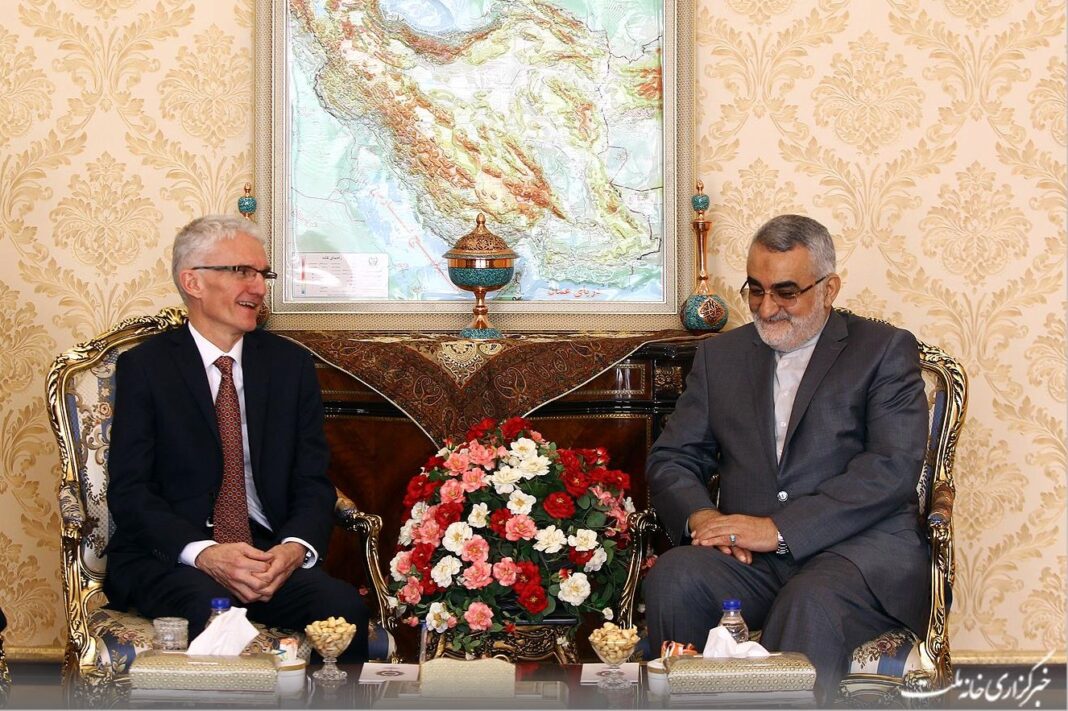 A senior Iranian lawmaker has called on the UN to shoulder its responsibility and stand against the oppressors in the world, particularly the Myanmarese government which is killing Rohingya Muslims.

Chairman of the Iranian Parliament’s National Security and Foreign Policy Commission Alaeddin Boroujerdi has referred to the slaughter of Rohingya Muslims in Myanmar and said it is now the time for the UN to shoulder its responsibility to fight against the oppressors in the world.

He made the remarks in a Wednesday meeting with visiting UN Under-Secretary-General for Humanitarian Affairs Mark Lowcock in Tehran, according to a Farsi report by ICANA.

During the meeting, the Iranian MP stressed the leading role of the UN within the international community, saying the UN is home to all states across the world and all the states expect it to show appropriate behaviours which are consistent with its global functions.

Boroujerdi also touched upon the issue of Yemen and described the country’s situation as “regrettable”. “What is happening in Yemen amounts to ethnic cleansing and it is upon the UN to stand against the oppressors.”

He then referred to the death of tens of thousands of innocent people in Syria over the past six years by ISIS, saying the genocide was made with the direct support of the US for the terrorist group.

“The defeat of ISIS in Iraq and Syria is a historical achievement in the history of the region with its credit going to the Islamic Republic of Iran. The victory was gained with the cooperation of Syrian government, army and nation as well as Russia and Lebanon’s Hezbollah,” he said.

He also referred to the latest destructive earthquake which shattered the western province of Kermanshah in Iran and said exchanging experiences on search and rescue operations among the member states is also among the main responsibilities of the world body.

“The UN should hold training courses for all states on measures which need to be done in face of natural plights,” he added.

For his part, the UN official extended his condolences to the Iranian government and nation over the deaths of hundreds of Iranians in Kermanshah earthquake.

He also praised Iran’s capacities to cope with the tragic incident and expressed the world’s body readiness to take part in relief operations for the quake-hit families.

He also called for pouring of humanitarian aid from different countries particularly amid such crises and said the UN is pioneer in these operations.

According to him, a UN delegation is set to visit the quake-hit areas in Kermanshah on Friday.

He finally said cooperation among countries will increase their capacities.