These Cinephile Despots: An Overview of North Korean Cinema 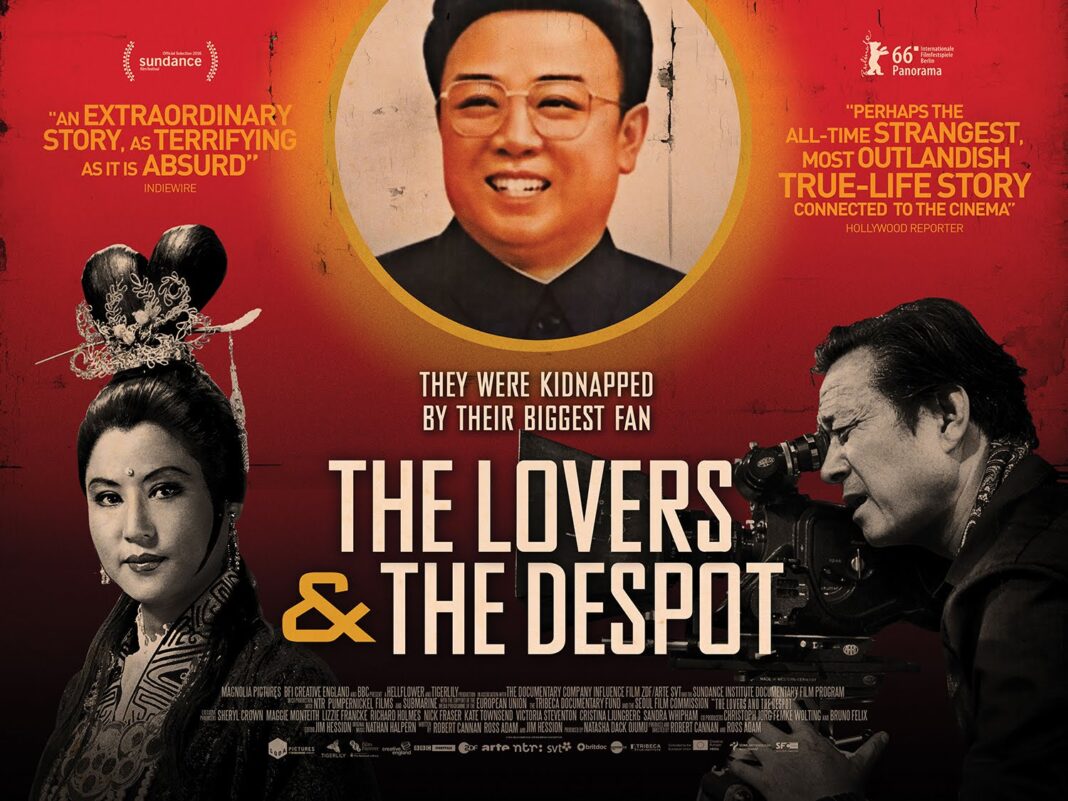 Most Iranians have either watched South Korean TV series and films, or at least heard about them, thanks to Persian-speaking satellite channels and, of course, those of the Islamic Republic of Iran Broadcasting. But North Korea’s cinema is not so popular.

Most of these Korean TV series are quite lengthy and narrate repetitive stories which mostly revolve around the same main themes of revenge, betrayal and love, according to a Farsi report by Chelcheragh magazine.

These audio-visual products are all souvenirs of the southern part of the Korean Peninsula. In North Korea, as is typical of the country, TV programs and films are made behind the closed doors and remain there.

No private company has ever managed to produce even a single film in the country. The country’s audio-visual products are all produced under the strict supervision of the government. An unconditional and unrestricted supervision that authorizes them to even decide about the audience’s mental perception and interpretation of what they have just watched.

A few years ago, an unusual, as is every other thing about the country, report was published about North Korea which was almost unbelievable. The previous leader of the country Kim Jong-il (1994-2011), who was a movie-lover, had kidnapped a South Korean film director and his wife — a South Korean actress — to improve the quality of his country’s cinema.

This was extremely ridiculous and unbelievable, as are many other behaviours of the North Koreans. Extremely unreal in nature, the whole story more reminded the audience of Hollywood action movies, made as big productions.

Artist Abduction Out of Love for James Bond

For several years, North Korean cinema was oppressed by [former North Korean leader] Kim Jong-il. He was a cinephile and dictator who, unlike other North Koreans, was authorized to watch the world’s latest films due to having the privilege of being the son of the country’s founder and leader Kim Il-sung (1912-1994). He spent a great deal of time and money on film production and, often, fell in love with North Korean famous actresses. It is said that Kim was in love with James Bond, Sylvester Stallone, Sean Connery and Elizabeth Taylor. Reports reveal that, in 1978, he abducted a prolific South Korean film producer and director, Shin Sang-ok (1926-2006), as well as his wife, Choi Eun-hee — an actress who starred in many of his husband’s films — and forced them to produce films for North Korea. However, the North Korean tyrant had given them a luxurious life and provided them with whatever they needed to make films.

Kidnapping artists and forcing them into producing works of art for a country is probably a strange process to the rest of the world, but not to North Koreans. The country’s leaders had perpetrated such crimes a number of other times, amongst the most well-known of which was abducting a famous South Korean pianist, who, fortunately, managed to escape at the end.

A witness to this is a number of audio tapes recently released, in one of which Kim Jong-il accuses his country’s cinema of being extremist, prejudiced and entrapped by futile efforts to promote their ideology.

‘The Lovers and the Despot’

What has, more than ever, brought the North Korean cinema as well as the abduction of the South Korean director and his wife into the spotlight is the screening of a documentary thriller titled ‘The Lovers and the Despot’ in September 2016.

Narrating the interesting story of the kidnapping, the film has attracted large audiences worldwide. What makes the story of the film even more fascinating is the fact that the kidnapped director and his wife had been separated prior to the abduction, but the incident made the wife to go after the love of her life and be kidnapped because of him. After eight years, the artist couple managed to gain Kim’s trust and be released from their house arrest. The film was made based on the audio tape in which Kim criticizes the North Korean cinema. In the tape, Kim says, “When I watch our [North Korean] movies, I see that everybody [North Korean people] is short-sighted and prejudiced. Why do all of our films narrate an ideological story? Why do they include many scenes featuring sadness and people crying?

He requests Shin and Choi to stimulate some creativity in the North Korean filmmaking industry.

From Cinephilia to Stockholm Syndrome

Robert Cannan and Ross Adam, the producers of the British documentary film, had carefully listened to all of the audio tapes for hours to find and depict the most interesting parts of the story.

Commenting on the relationship between the dictator and the two cineastes, Adam said, “The audio tapes show that the husband and wife are forced to obey Kim. However, sometimes, their relationship becomes completely friendly. At times, they avidly share their mental preoccupations, concerns and ambitions about cinema with each other.”

These moments of friendship have caused some to think that the two cineastes had travelled to North Korea willingly in search of a new experience. Nevertheless, those who have followed the story more carefully, maintain that the couple had developed Stockholm syndrome, which is a psychological condition that causes hostages to develop sympathetic sentiments towards their captors, often sharing their opinions and acquiring romantic feelings for them as a survival strategy during captivity.

Yet, apparently, the trio’s joint love for cinema had brought them closer to each other. After escaping North Korea, the couple had repeatedly apologized to Kim for betraying his trust [in them].

Commenting on the relationship between Kim and the director, Cannan said, “The triad’s conversations show that Kim treated the director respectfully both because of their age difference — Shin was elder than Kim — and the fact that the North Korean dictator was an admirer of the abducted director’s character and works.

In a report published following the release of the film, Guardian admired the film, saying the released audio tapes display a new and wonderful kind of abduction. They disclose how Kim trained the director to behave, after being sent to international film festivals.

According to one of the tapes, prior to the director’s trip to Moscow in 1985, Kim tells him: “Do not say you were forced to come here [North Korea]. Tell them you have come of your own volition. You have come here to make movies, because in South Korea you did not have sufficient freedom.”

Shin answers: “Look, I am with you and will not go anywhere until I finish my masterpiece. You know this.”

Although North Korean filmmakers are in love with science-fiction, action and romantic-comedy genres, they are seldom authorized to produce films in these genres, and have no choice but to develop scenarios based on their country’s hostility with Washington and Seoul, presenting a heroic image of their leaders’ family members, showing they are, and had been, protecting North Koreans against foreign enemies.

North Korean filmmakers are hardly authorized to cooperate with foreign artists. Among the exceptions, however, is the film titled ‘Comrade Kim Goes Flying’ which is a coproduction of North Korea and Western companies.

Produced in 2012, the film narrates the story of a female miner who dreams of becoming an artist.

Cinema as a Propaganda Machine

Although North Korean leaders may express hatred towards Hollywood and European movies, they each demonstrate a unique type of love for cinema. Cinema is their best means for promoting their ideology. They refer to cinema as a propaganda machine.

A major portion of the conversations between Kim and Shin in ‘The Lovers and the Despot’ pertains to the important role of cinema in depicting countries’ international image and the significance of having a substantial presence in international film festivals.

The audio tapes depict an unconfident young leader who is extremely concerned about how the international community thinks about North Korean movies. In one of the tapes, Kim asks Shin: “Why has no South Korean film taken part in the Montreal World Film Festival?”

Kim replies: “No one is interested in watching such films. They are maddening. They are just copies of Japanese movies. Exactly the same as you that copy other states’ films in North Korea.”

In reaction to Shin’s answer, Kim says: “Frankly speaking, if we do not correct ourselves in 10 years, the North Korean film industry will be destroyed. Perhaps, we are the last generation of North Korean filmmakers.”

Over 30 years have elapsed since the conversation and, yet, the North Korean cinema is still more of a propaganda machine to the country’s leader, than a tool for recreation. A machine that is getting stoner and more destructive on a daily basis thanks to modern technological advances.