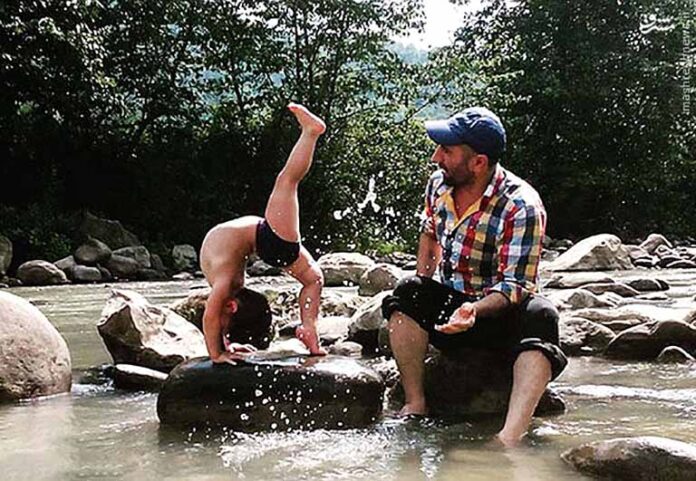 New gymnastics boy wonder Arat Hosseini, two, is already able to perform the complicated poses after taking up the sport when he was just nine months old.

Arat Hosseini, aged two, is already able to perform complicated gymnastics moves. He began practicing gymnastics poses when he was just nine months old. The Iranian toddler has already amassed 18,000 followers on Instagram. Arat’s father hopes his son will one day become ‘unattainable’ in the sport.

[The sentences above and below are part of a report, complete with still photos and video, Britain’s Daily Mail filed on the Iranian wunderkind in September.]

Backwards somersaults, balancing splits and walkovers – these are moves even the most accomplished of gymnasts would be proud to pull off.

But new gymnastics boy wonder Arat Hosseini, two, is already able to perform the complicated poses after taking up the sport when he was just nine months old.

Arat has been perfecting his technique for more than half his life – and the Iranian toddler is taking social media by storm with his amazing stunts and flexibility.

His parents Mohammad and Fatemeh, who live in Babol in Iran’s Mazandaran Province, say their son has had no professional training and practices for just 10 to 20 minutes daily.

Mohammad said: “One day when I returned home from work and put my finger in Arat’s hand, he got up slowly and, gripping my finger very tightly, pulled his legs off the ground.”

The following images of the Iranian wunderkind have been released by the British daily: