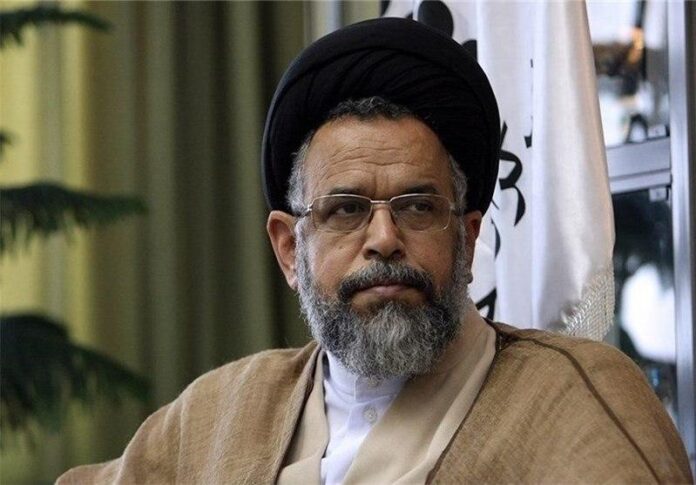 The Iranian intelligence minister announced that the country’s security forces have managed to smash a number of terrorist cells that intended to disrupt the process of the elections on Friday.

Speaking to reporters on the sidelines of his visit to the Interior Ministry’s elections headquarters in Tehran on Friday, Mahmoud Alawi highlighted the vigilance and supremacy of the country’s intelligence forces over terrorist groups and said the forces have a close watch on every suspicious activity across the country.

Several small terrorist cells have been targeted and hit by the intelligence forces, he said, adding that no cases of successful anti-security measures have been reported.

Near 63,500 polling stations across Iran opened on Friday morning. Around 14,000 mobile ballot boxes have been also prepared for inaccessible and rural areas.

Iranians headed to the polls as soon as the stations opened to elect the country’s 8th president.

There are four candidates seeking the presidency in the polls, namely incumbent President Hassan Rouhani, Ebrahim Raisi, Mostafa Hashemitaba, and Mostafa Aqa-Mirsalim. Two other hopefuls, Eshaq Jahangiri and Mohammad Baqer Qalibaf, dropped out of the race in favor of Rouhani and Raisi, respectively.

Concurrently, the 5th City and Village Councils elections are being held across the country.

According to the Interior Ministry, the election process involves around 1.5 million executive forces and monitors, 350,000 security forces, 70,000 inspectors, and around 100,000 representatives of local governors.

More than 600 local and foreign reporters and journalist cover the news of Friday’s election.