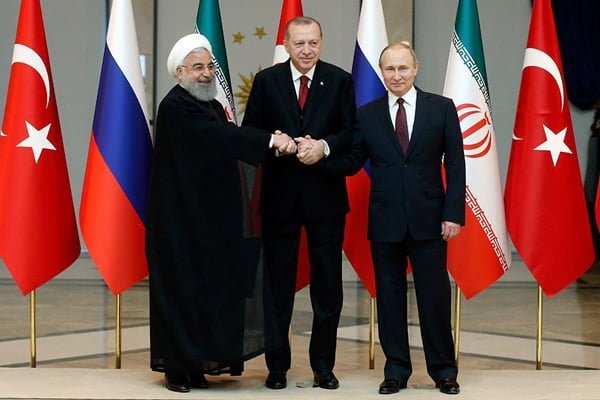 Iran says a trilateral meeting on the Syrian conflict, which is to be held on Friday in Tehran among the presidents of Iran, Russia and Turkey, will hopefully help consolidate efforts to bring an end to the crisis.

Speaking in his weekly press conference in Tehran, Foreign Ministry Spokesman Bahram Qassemi described the September 7 meeting between the three guarantors of the Syria peace process as a “big step towards peace, security and stability in Syria.”

Qassemi said it is not logical to assume such a meeting would resolve the long-standing Syria crisis, but political efforts are the only path forward to settling the conflict.

“I’m optimistic that this meeting will be successful and helpful for the region, the Syrian people and the fight against terrorism,” he said.

The meeting between Hassan Rouhani of Iran, Recep Tayyip Erdogan of Turkey, and Vladimir Putin of Russia will be held in Tehran.

The trio have so far held several rounds of talks in Kazakhstan’s Astana and Russia’s Sochi to help ease the conflict as part of the Astana Process.