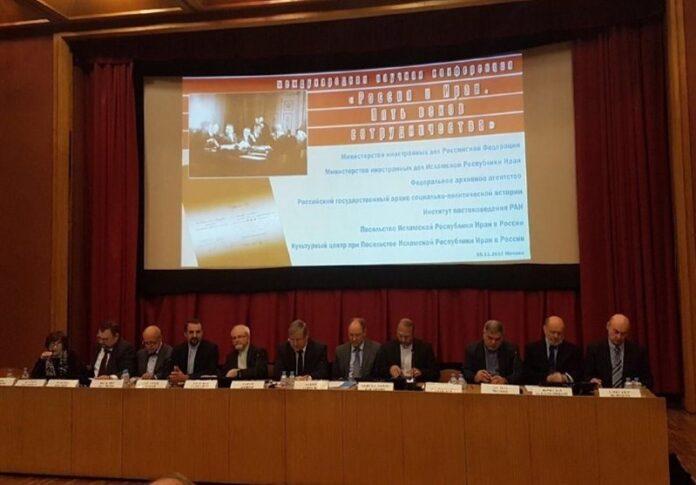 Iranian Foreign Minister Mohammad Javad Zarif called for efforts to diversify partnership between Tehran and Moscow, saying enhanced relations between the two countries would benefit security and stability in the Middle East and Central Asia.

Enhancement of Tehran-Moscow relations would not only serve the interests of the two nations, but also play a major role in ensuring security, stability and development in Central Asia and the Middle East, Zarif added.

He also expressed confidence that academic meetings as well as scientific and cultural cooperation between the two countries would contribute to cultural diplomacy and stronger relations.

The conference, “Iran, Russia, Five Centuries of Cooperation”, opened in the Russian State Archive of Socio-Political History (RGASPI) in Moscow on Wednesday.

Back in January, Iranian Foreign Ministry’s Center for International Research and Education held a conference in Tehran to mark 515 years of bilateral political relations.

Since coming into force in January 2016 of the Joint Comprehensive Plan of Action (JCPOA), a nuclear deal between Iran and the Group 5+1 (Russia, China, the US, Britain, France and Germany), Tehran and Moscow have ramped up efforts to boost their bilateral ties.

Iran and Russia have also formed a strong alliance in recent years, with both supporting the Syrian government against foreign-backed militancy.