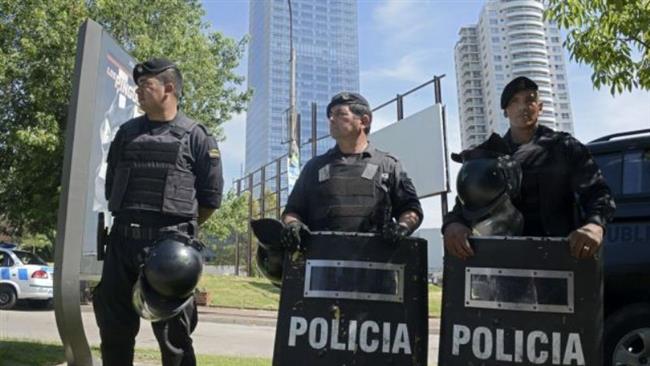 Iran and Uruguay have dismissed a report by Israeli media about the expulsion of an Iranian diplomat from Uruguay over his alleged involvement in a fake bomb incident.

On Friday, Israeli daily Haaretz quoted an unidentified Israeli official as saying that Uruguay had expelled a senior Iranian diplomat two weeks ago over last month’s planting of a fake bomb near Israel’s embassy in Montevideo.

However, Iran’s embassy in Montevideo rejected the report as false on Saturday, saying such media claims are aimed at creating Iranophobia and tarnishing the Islamic Republic’s international image.

In a similar statement on Friday, the Uruguayan government also denied having expelled an Iranian diplomat in relation to the fake bomb incident.

On January 8, the police in Uruguay discovered an object suggestive of a bomb near the new Israeli embassy located in the World Trade Center office complex in Montevideo.

Montevideo bomb squad officers detonated the fake bomb. Bomb brigade Lieutenant Colonel Alfredo Larramendi told reporters that the dummy bomb “never posed any danger,” but it might have been planted “there to see the response time” of responders, or to “size up the quality of the security of Israel’s embassy.”

Tehran has said in the past that Tel Aviv has ordered attacks against its own embassies in India and Georgia in order to damage Iran’s image in the host countries.