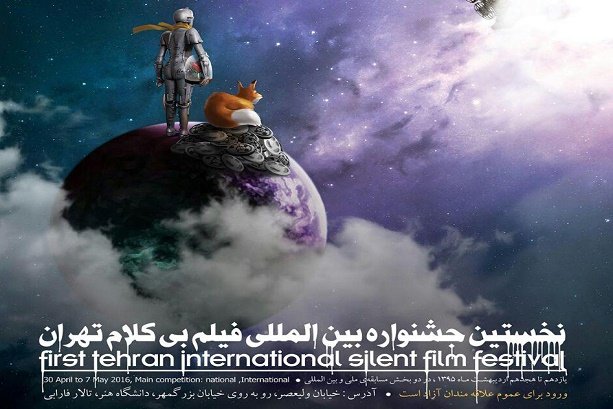 The winners of the first Tehran International Silent Film Festival were announced on Monday May 9.

The winners and nominees from the first edition of the festival were as follows.

The nominees for Best Editing were:

And the winner was: ‘Walk in Frames’

The nominees for Best Cinematography were:

‘All There is’ by Jeroen Mourmans, Netherlands

And the winner was: ‘Lost Village’

The nominees for Best Animation were:

‘One Day in July’ by Hermes Mangialardo, Italy

The nominees for Best Documentary were:

‘To Be Born’ by Ruben Salazar, Spain

‘This is Joe’ by Francis Diaz Fontan, Spain

‘The Breath of Thundra’ by Mikhail Gorobchuk, Russian Federation

The nominees for Best Fiction were:

The nominees for Best Experimental Film were:

‘The Loops of Emptiness’ by Gabrielė Labanauskaitė and Adomas Jablonskis, Lithuania

And the winner was: ‘Chamber Music’ (audiovisual building sound portrait of the Robert Schumann School of Music in Düsseldorf)

The Special Secretary Prize went to ‘Focus on Infinity’ by Mathilde Lavenne, France, and the Audience Prize jointly went to ‘Toxic Tales’ by Denis Chapon, Bolivia and ‘Dinner For Few’ by Nassos Vakalis, Greece.