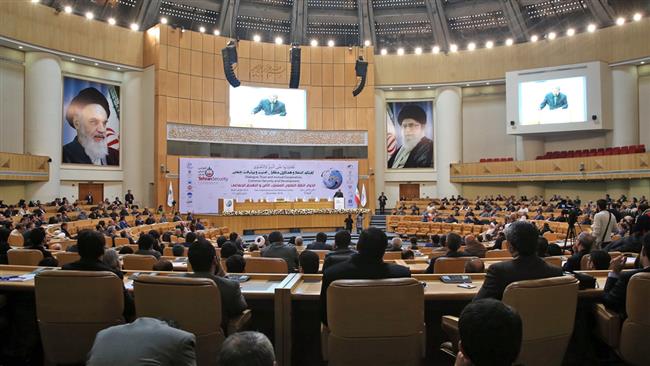 The Iranian capital is hosting a conference on the security order in West Asia amid challenges facing the strategic region.

The International Conference on Regional Security Order in the West Africa kicked off in Tehran on Sunday morning with a speech by Iranian Parliament Speaker Ali Larijani.

Senior foreign experts in the area of regional security are also attending the one-day event.

The summit is aimed at providing a close analysis of the situation West Asia as well as discussing initiatives aimed at boosting decision-making and consensus-building on the future security order in the troubled Middle East region.

During his speech, Larijani highlighted the strategic significance of West Asia, saying it is the junction of three Asian, African and European continents as well as major waterways and access points to high seas.

“As a result, analysts have named the region the Heart of the Earth as it has witnessed multiple wars as well as tensions among international powers in different eras,” he said.

He further went on to say that the regional chaos has also roots in a “strategic mistake” by major powers and regional players, which are using terrorism as a tool to pursue their agenda.

The top Iranian parliamentarian also criticized a lack of “political vigilance” in regional nations, particularly their young generations, as another factor fueling instability in the region.

The closing ceremony will be held in the evening, with Secretary of Iran’s Supreme National Security Council Ali Shamkhani as well as Brigadier General Hossein Dehqan, Abdolreza Rahmani Fazli and Mohammad Javad Zarif the defense, the interior and foreign ministers, in attendance.