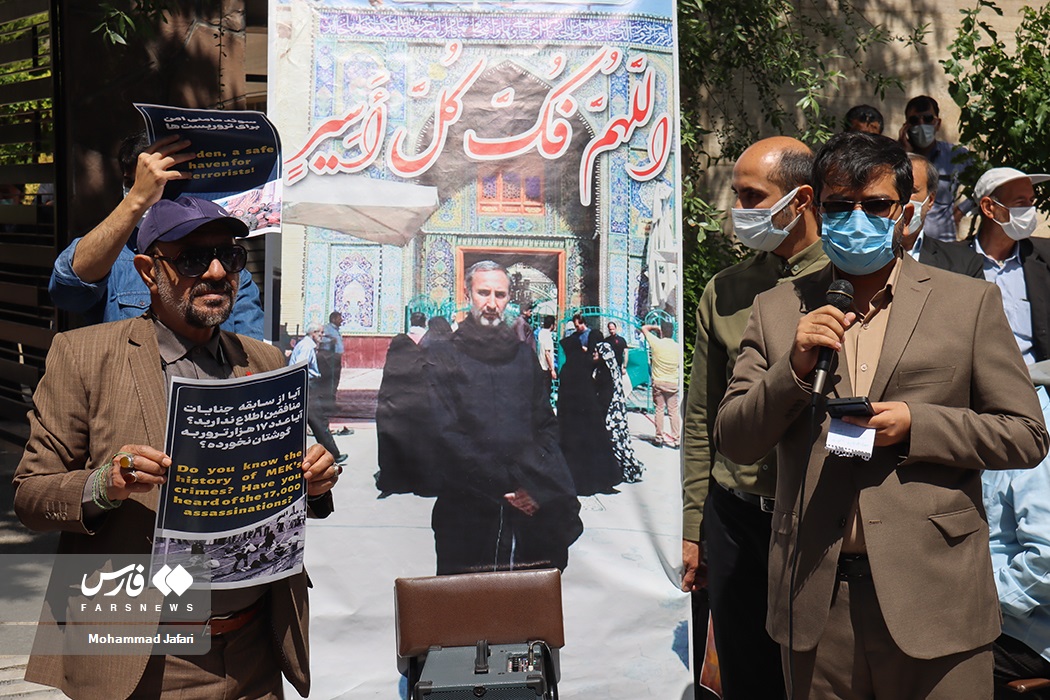 Tehran’s Ambassador to Stockholm Ahmad Masoumifar has said that the Swedish judiciary’s life sentence against Iranian citizen Hamid Nouri was hostile and in support of terrorism.

In a written interview with the Swedish newspaper Expressen on Friday, Masoumifar stated that the Swedish legal system has violated the most basic principles of international law, describing the verdict against Nouri as being unfounded and politically motivated.

First and foremost, the Swedish legal system does not have jurisdiction to handle the said case since the application of international jurisdiction depends on the existence of an international crime, Masoumifar wrote in an email to the newspaper.

The email describes how the Swedish legal system has violated the most basic principles of international law and continues that due to the completely unilateral investigation carried out by the prosecutor, the lack of investigation at the alleged crime scene, not permitting the expert witnesses introduced by Mr. Nouri to testify in the court, and the plenty of contradictions in the witnesses’ testimony, the verdict lacked legal validity.

Masoumifar stated that all the witnesses heard in the courtroom are members of the Iranian opposition group Mujahideen-e Khalq (MEK), which is branded as a terrorist organization in Iran.

The organization was previously designated a terrorist organization also by the US, Canada, and the EU, the ambassador continued.

The Iranian people believe that the actions of the Swedish judiciary are hostile actions to support terrorists and enemies of the Iranian people, Masoumifar said, adding that representatives of Iran have already contacted the Swedish Government to emphasize that it was important that the Swedish legal system not be affected by political views.

Masoumifar noted in conclusion that Iran wouldn’t tolerate interference in its national affairs and the actions from any country that it considers to be harmful to the country’s sovereignty, independence, and national interests.

Nouri, who has been in solitary confinement in Sweden since 2019, was sentenced to life imprisonment by a court in Sweden on Thursday. He was arrested by Swedish police in late 2019 on baseless allegations against him by the MKO terrorist group.

The Iranian foreign ministry spokesman Nasser Kanaani has said provisions of a Swedish judiciary statement including the illegal court verdict giving life sentence to Nouri is basically unacceptable and questionable.

Kanaani stated Iran strongly condemns this political statement that entails baseless and false allegations against the Islamic Republic and its Judiciary and sentences Mr. Nouri to life imprisonment.