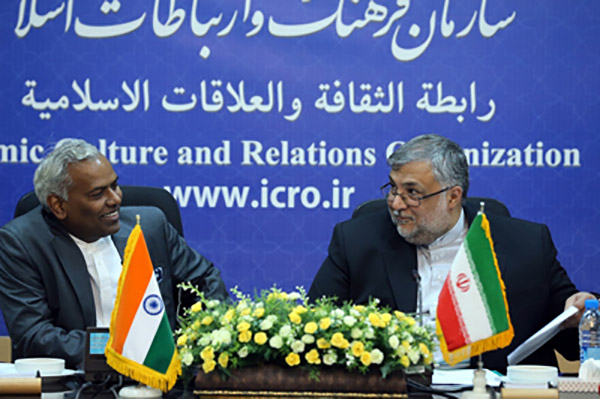 Head of Islamic Culture and Relations Organization and General Director of Indian Council for Cultural Relations agreed on starting religious talks and holding cultural negotiations between Iran and India.

Referring to the fact that cultural agreements between two countries have been previously inked, Abuzar Ebrahimi Torkaman expressed his hope toward creation of a suitable context for developing cooperation and cultural relations.

On holding some Indian cultural events in Iran, Cikar said that traditional music concerts and a festival to praise Iran-India relations will be held.

On the measures taken by Center for Dialogue between Religions and Civilizations, Torkaman said that bilateral trust and mutual understanding are some of the results of activities carried out by the Center.