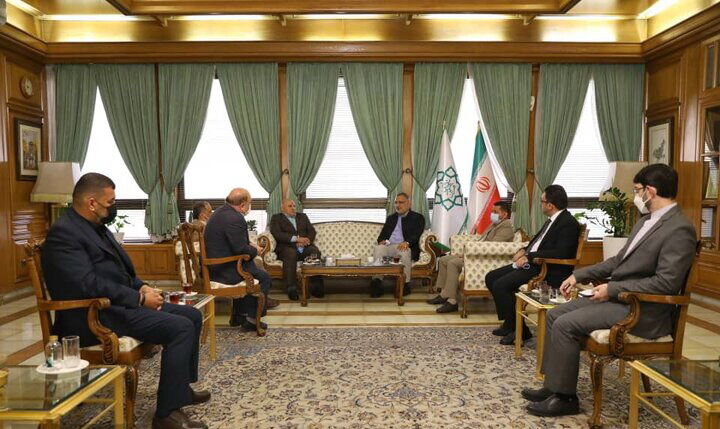 Tehran Mayor Alireza Zakani has sat down with Deputy Governor of the Iraqi province of Najaf, Hatef Abd-ul-Amir Habib Mazi, highlighting the deep attachment between the people of Iran and Iraq.

“We crave for a sisterhood agreement between Tehran and Najaf,” said Zakani in the meeting held in Tehran on Saturday.

The mayor said Tehran is proud to be hosting the Iraqi delegation, adding, “You are our good religious brothers and we have the honor to be hosting you.”

“There is attachment and bonds from the bottom of the heart between Iran and Iraq,” the mayor noted.

He then called for closer cooperation between the two sides.

“Najaf and Karbala are not two ordinary Iraqi cities; rather, they are symbols from an ideological and international point of view, and we take pride in being at your service,” Zakani said.

He called for Tehran and Najaf to have more interaction and exchange their experience in the domain of management.