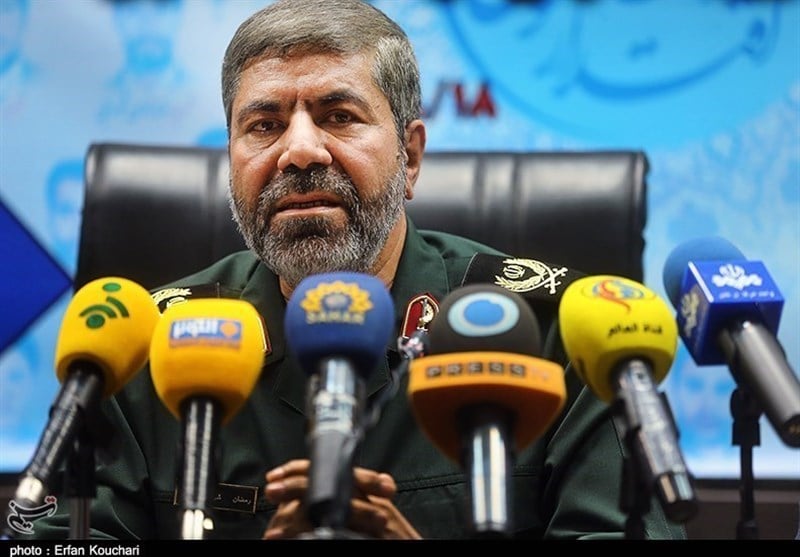 The spokesman for the Islamic Revolution Guards Corps (IRGC) blamed the Saudi regime for the recent abduction of Iranian border guards near the Pakistani border and said last year, about 50 attacks to kidnap the country’s border guards were foiled.

Speaking to reporters in the western city of Khorramabad on Sunday, General Ramezan Sharif said due to the strategic and special conditions of the southeastern province of Sistan and Balouchestan, terror cells affiliated to foreign intelligence services always try to hit Iranian border guards there.

Over the past year, anti-Iran grouplets have made more than 50 attempts to abduct Iranian guards in various parts of the border, especially in Saravan, he said, adding that in most of the cases the attacks have been foiled.

The spokesman further emphasized that since the “tragic event” of the abduction of border guards in Sistan and Balouchestan occurred, the IRGC has been pursuing the issue with all its power.

Commander of the Islamic Revolution Guards Corps (IRGC) Ground Force Brigadier General Mohammad Pakpour traveled to Pakistan on October 22 to pursue the issue of the Iranian border guards who had been kidnapped and taken into Pakistan by Takfiri terrorists earlier that month.

Pakistani-based terrorists kidnapped 14 Iranian forces at a border post in Mirjaveh region in Sistan and Balouchestan on October 15.