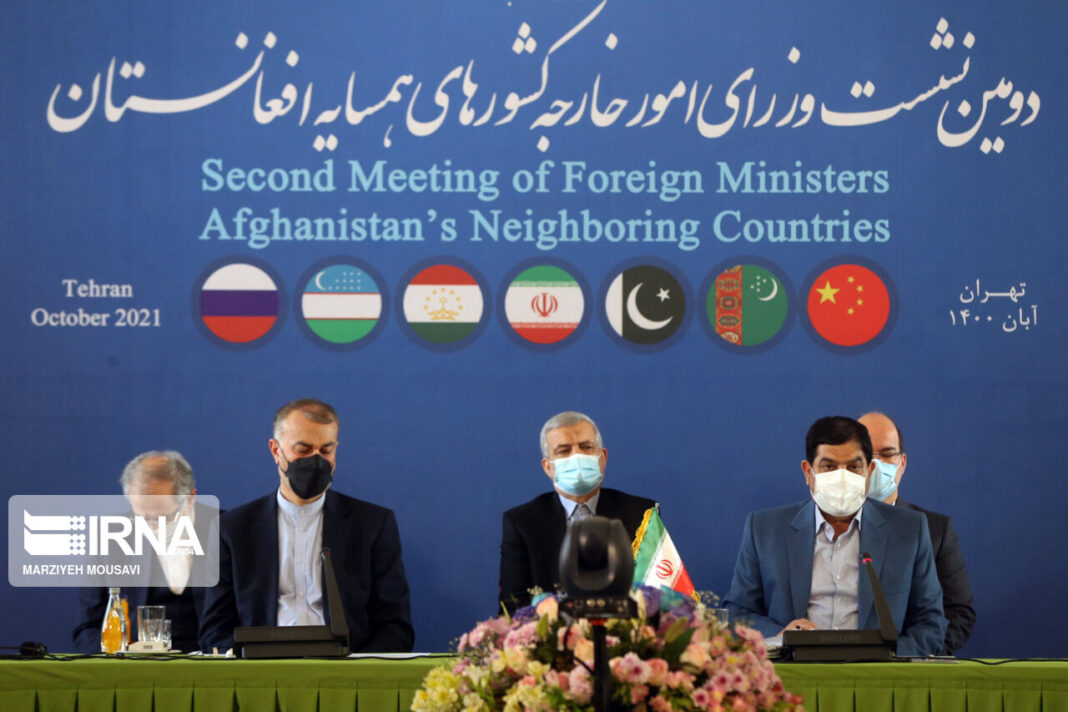 The Taliban has praised the recent meeting of foreign ministers of Afghanistan’s neighboring countries in Tehran. The new rulers of Afghanistan have once again called on the international community to recognize the group as the country’s government.

Regarding the Tehran meeting that was held last Wednesday with the presence of the foreign ministers of Afghanistan’s neighboring countries, Taliban spokesman Zabihullah Mujahid stated in an interview with Fars News Agency, “It was a meeting between Tehran and Afghanistan’s neighbors that had positive results.”

“The Taliban’s position on such meetings is that the international community and different countries should interact with the Taliban in various fields,” Mujahid noted.

The Taliban deputy spokesman also praised the meeting of foreign ministers of Afghanistan’s neighbors in Tehran and called it in Afghanistan’s favor.

In reaction to a request from neighboring foreign ministers for an inclusive government, he stated, “there is a possibility of a change in the cabinet.”

In a joint statement of the Tehran meeting on Afghanistan, the foreign ministers of Afghanistan’s neighboring countries plus Russia expressed concern over political, economic, social and humanitarian situations in the country.

The only solution to Afghanistan’s problems is the formation of an inclusive political structure with the participation of all ethnic groups, they stressed.