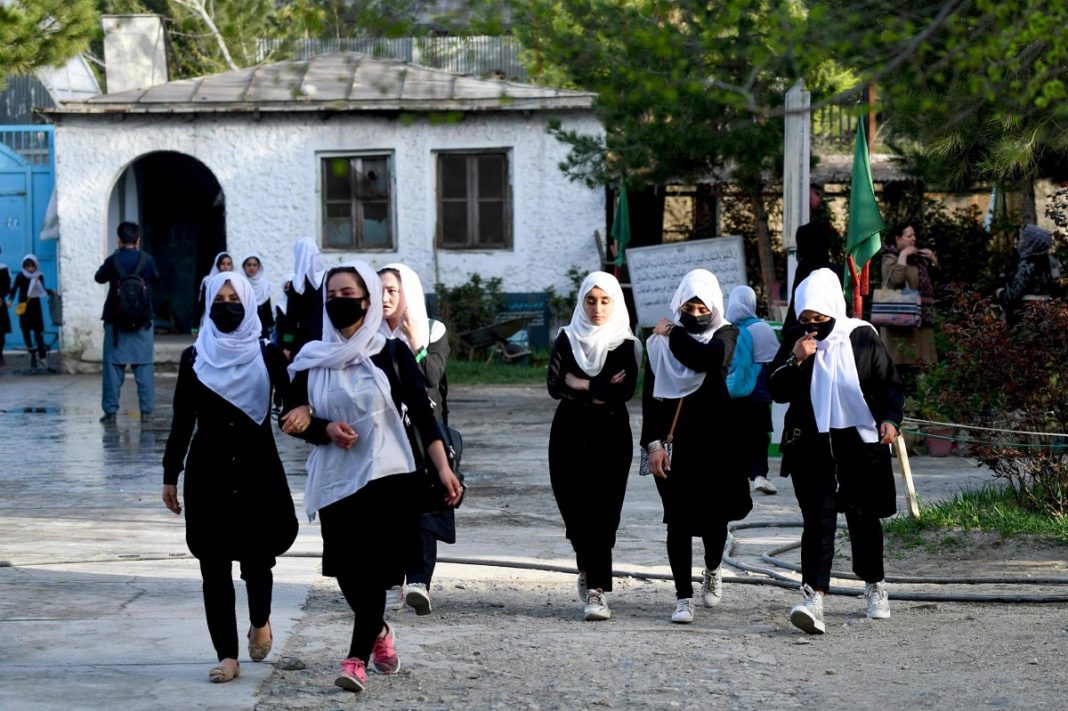 Afghanistan’s Taliban rulers have ordered an indefinite ban on university education for the country’s women, the Ministry of Higher Education announced in a letter issued to all government and private universities.

A spokesman for the Afghan Ministry of Higher Education confirmed the suspension on Tuesday. A letter published by the education ministry said the decision was made in a cabinet meeting and the order will go into effect immediately.

Girls were barred from returning to secondary schools in March, after the Taliban ordered schools for girls to shut just hours after they were due to reopen following months long closures imposed after the Taliban takeover in August 2021.

Human Rights Watch criticized the ban on Tuesday, calling it a “shameful decision that violates the right to education for women and girls in Afghanistan.”

“The Taliban are making it clear every day that they don’t respect the fundamental rights of Afghans, especially women,” the rights watchdog announced in a statement.

The US condemns “the Taliban’s indefensible decision to ban women from universities,” State Department spokesperson Ned Price stated during a Tuesday briefing.

The Taliban’s recent decision, he added, will “have significant consequences for the Taliban and will further alienate the Taliban from the international community and deny them the legitimacy they desire.”

The March closure of secondary schools to girls had a “significant impact” on US engagement with Taliban representatives, Price continued

“With the implementation of this decree, half of the Afghan population will soon be unable to access education beyond primary school,” he noted.

The Taliban, which ruled over Afghanistan from 1996 until 2001, when the US-led invasion forced the group from power, have historically treated women as second-class citizens, subjecting them to violence, forced marriages and a near-invisible presence in the country.

After seizing power in Afghanistan last year, the Taliban attempted to project a more moderate image to gain international support.

But while it has has made numerous promises to the international community that it would protect the rights of women and girls, the Taliban has been doing the opposite, systematically clamping down on their rights and freedoms.

Women in Afghanistan can no longer work in most sectors, require a male guardian for long-distance travel and have been ordered to cover their faces in public.

They have also imposed limits on girls’ education, banning women from certain workplaces as they stripped away rights they had fought tirelessly for over the last two decades.

In November, Afghan women prevented from entering amusement parks in Kabul as the government announced restrictions on women being able to access public parks.

UN Secretary-General Antonio Guterres is “deeply alarmed” by the Taliban’s ban on women in universities, his spokesman said Tuesday, as he urged authorities in Afghanistan to “ensure equal access to education at all levels.”

“The secretary-general reiterates that the denial of education not only violates the equal rights of women and girls, but will have a devastating impact on the country’s future,” his spokesman Stephane Dujarric stated.