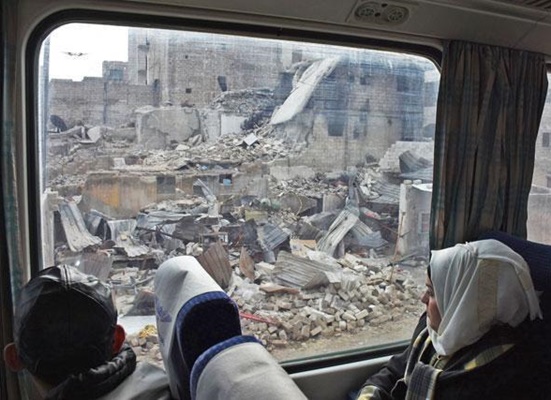 Hundreds of Syrians rode a train across east Aleppo for the first time in more than four years after the Army recaptured the city.

Syrian Transport Minister Ali Hamoud said the resumption of train services between the two stations came after “the victory of the heroes of the Syrian army, returning safety and stability to the whole city.”

The train made its journey between Jibreen Station on the eastern outskirts and Aleppo’s main Baghdad railway station on Wednesday.

The official news agency SANA quoted Hamoud as saying that the line was reopened after less than 20 days of repairs. 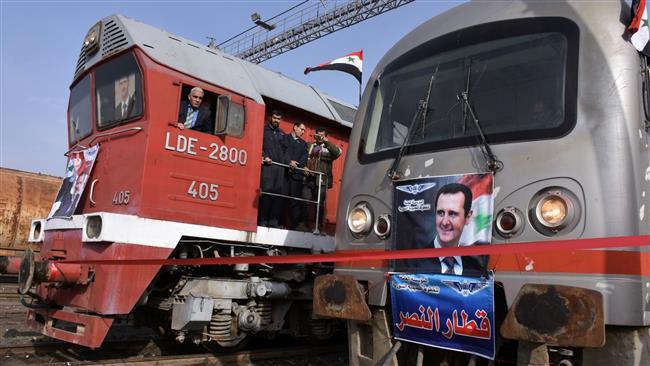 He said 40 points of damage “from terrorism” were detected along the line.

The train services between Aleppo and other main cities, however, remain suspended.

The trip was the first since foreign-backed militants overran eastern Aleppo in the summer of 2012, dividing the city into a government-controlled west and the eastern part held by rebels.

Men, women and children were seen peering out the train’s windows as they rode across the eastern districts after government forces purged them of Takfiri militants in December.

During the one-hour round trip, the extent of the damage caused by the conflict left the passengers astonished and prompted them to use their mobile phones to take pictures of the rubble. 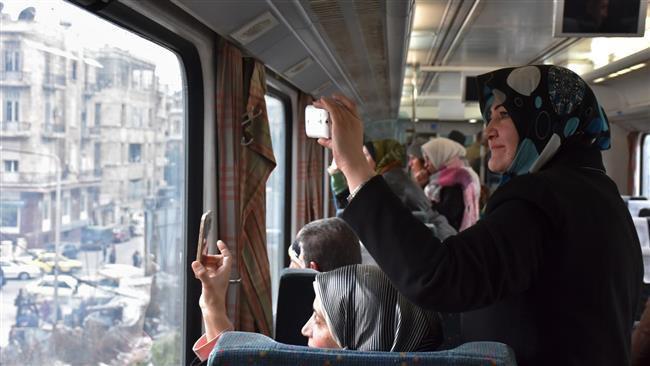 The full carriages were decorated with portraits of President Bashar al-Assad.

Even people on the ground in the eastern side gathered by the rail tracks, gazing at the first train they had seen since 2012 and seeing the region coming back to life, Press TV reported.

Aleppo’s liberation is seen as a crushing blow to militants and their foreign supporters, who have been actively working to topple the Damascus government since March 2011.