Syrian People Break Their TV Sets in Fear of ISIS 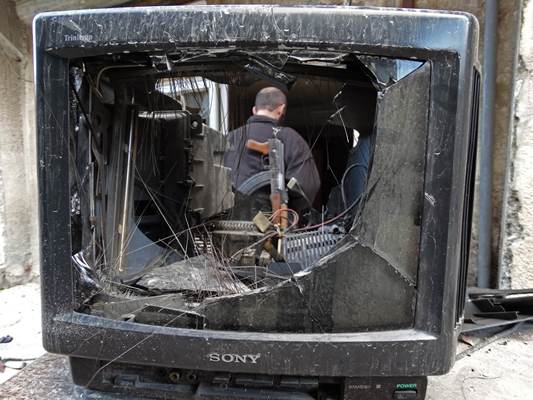 People in Raqqa, the capital of the ISIS terrorist group in Syria, are destroying their television sets in the fear of ISIS’ patrols.

According to a report by ISNA, as translated by IFP, almost 90 percent of people in Syria’s Raqqa have broken their TV sets in the fear of ISIS terrorists.

This has made the majority of them unaware of the latest developments and news in the world.

People’s move to break their TV receivers came after rumours that the ISIS militants are going to search Syrian people’s houses and arrest whoever has one. 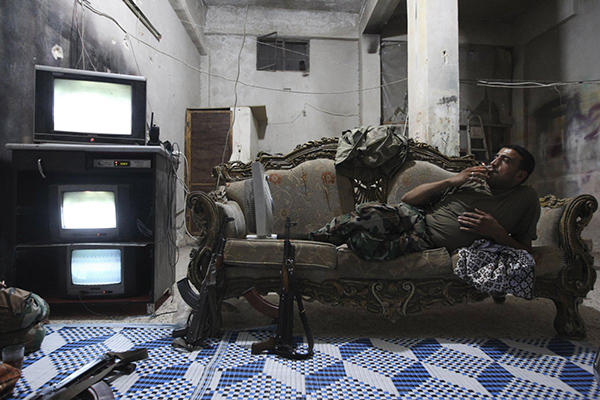 “They are entering houses by force to destroy dishes and satellite receivers,” one witness from Al Shaddadi told RFE/RL, with other witnesses and activists corroborating the account.

“There is nothing that ISIS cannot implement. All it takes is to chop off the head of one or two people under the pretext of watching television and the whole city would be disciplined,” Anwar al-Khodar, a lawyer and activist from Raqqa who fled to Turkey, told Arab Weekly.

“No one would then dare go near a television set. One would even break his own television set in order to prevent any member of his family from using it.”

A pro-ISIS imam at the Al Fawwaz Mosque in Raqqa told the congregation last year not to watch television, though no formal decree banning TV has yet been issued.

“He told people gathered for the Friday prayer that the news aired by Al-Jazeera and Al-Arabiya and other channels is incorrect, baseless, and false and that’s why there will be a decision to forbid people to watch TV,” a Raqqa resident talking under the pseudonym Mohammed al-Ali for his safety told RFE/RL, adding that the imam said that the only programmes permitted would be broadcasts of the Koran being recited.

In its campaign to control access to information, ISIS has set up special cinema booths in parts of the Syrian city Aleppo it has seized and Raqqa broadcasting propaganda videos and films of executions.

ISIS operates a radio station called Al-Bayan in Mosul, its centre of operations in Iraq, and has banned private internet access in Raqqa, with internet access now restricted to cafes monitored by militants.