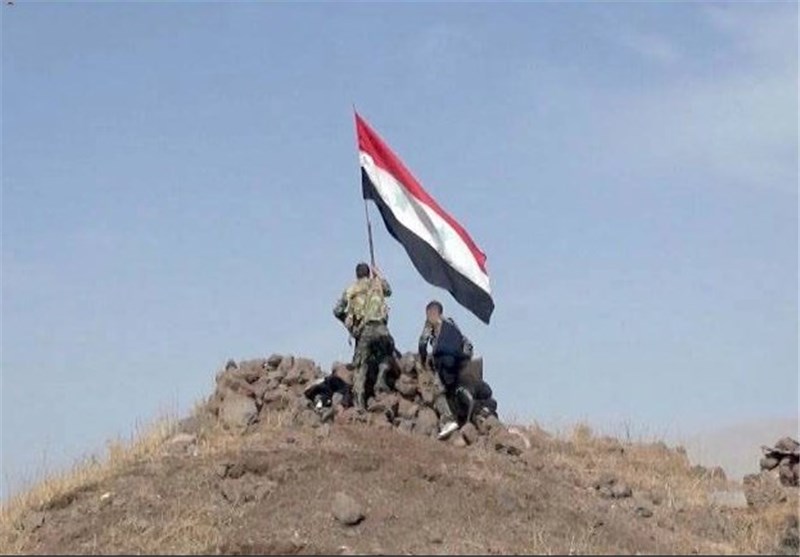 Syrian army troops backed by popular forces continued their advances against foreign-backed terrorists in various areas of the country, including the northern province of Latakia and southwestern province of Daraa.

According to Tasnim dispatches, Syrian forces carried out several operations in the northern suburbs of Latakia, clearing many areas in the province from terrorists and inflicting heavy losses on them.

A military source said terrorists have been surrounded by Syrian army forces in Kinsabba, a town in northwestern Syria in Latakia Province, which is on the verge of liberation, adding that they had received continual support from Turkish borders.

In another operation, an army unit destroyed a vehicle and mortar launcher for Jabhat al-Nusra terrorists northeast of al-Nueimeh town, 4 km east of the city of Daraa SANA quoted a military source as saying on Tuesday.

All members of a terrorist group were killed in an army operation against the positions of the so-called “Liwa al-Mutasem Billah” in Tafas town, 13 km north of Daraa, the source added.

The army also destroyed a command center, several vehicles equipped with heavy machine guns and strongholds of terrorists in al-Abassiyeh and al-Manshiyeh neighborhoods and near the Old Customs in Daraa al-Balad area in Daraa, according to the report.

Syria has been entangled in civil war since March 2011. Takfiri terrorist groups controls parts of the Arab country, mostly in the east.

Meanwhile, Russia’s aerial support for the Syrian forces has given fresh impetus to the fight against the foreign-backed terrorists.

Since late September 2015, Russia has been carrying out bombings against Daesh terrorists in Syria, after Russia’s parliament granted President Putin authorization to deploy the country’s air force abroad.

More than 250,000 people have died in Syria -overwhelmingly civilians- and around 4 million Syrian people are now refugees in other countries. Around 8 million others have been displaced internally.