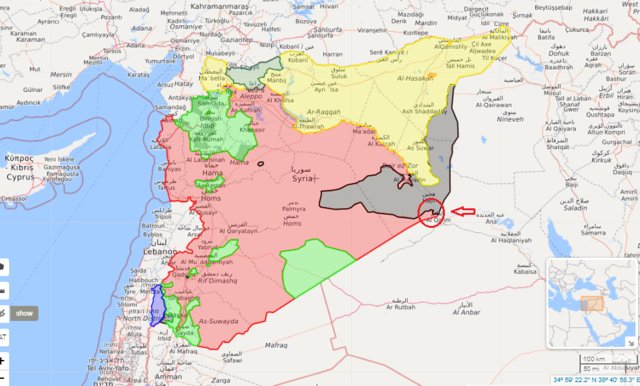 The Syrian border city of Abu Kamal, the last city held by ISIS terrorists in Syria, has been liberated by army troopers.

According to a Farsi report by ISNA the Syrian Observatory for Human Rights, which is close to the Syrian opposition, has confirmed the news, saying the city has been fully recaptured by Syrian army troops and that ISIS terrorists have fled to desert areas.

Abu Kamal was the last major urban area under the control of the ISIS terrorist group in Syria. Last week, the Syrian army announced it had managed to take control of the city, but apparently it had to retreat to within a few kilometres of the city due to a massive counteroffensive by ISIS.

On Friday, Syrian army troops secured control of several neighbourhoods in Abu Kamal, and fully retook the city on Saturday, putting an end to ISIS’ four-year occupation of cities in Syria.

Currently, the terrorist group only has control over some desert areas, especially in central and eastern Syria, adjacent to Iraq’s borders. It apparently will not take long to purge those areas of terrorists, as well.

Due to the strategic importance of Abu Kamal, there had been a tight race in recent months between Syrian army forces and its allies on the one hand, and US-backed Kurdish troops on the other, to take control of the city. Now, with the Syrian army having gained control of the city, the United States can practically be regarded as the loser of this rivalry.