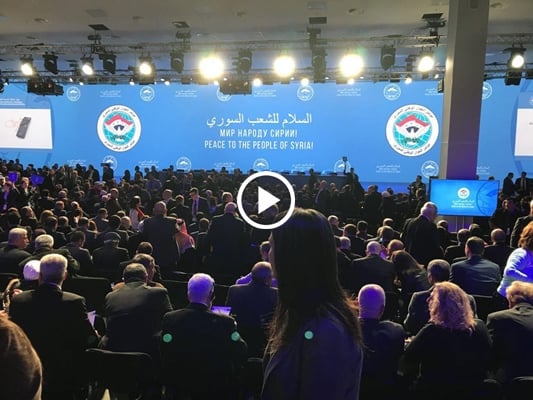 After months of negotiations, the Syrian National Dialogue Congress was officially opened in Russia’s Sochi on Tuesday.

Russian Foreign Minister Sergei Lavrov on Tuesday inaugurated the national Syria talks which finally began in the Russian coastal town of Sochi after months of debating and bargaining.

Political delegations from Iran, Russia and Turkey, as the three countries which initiated the negotiations, as well as a UN delegation led by Staffan de Mistura are attending the talks.

More than 1,600 representatives from different Syrian groups, including armed opposition groups, Kurds, Arabs and other ethnic groups, are in Sochi as well.

One of the key items on the agenda of the talks is to establish a commission tasked with drawing up Syria’s future constitution, a Farsi report by IRIB said.

The talks were officially scheduled to kick off at 10 am local time with an official ceremony. However, the talks started with several hours of delay. Differences of opinion between de Mistura and Russian officials are said to have delayed the negotiations.

The inaugural was scheduled to be followed by the first plenary session of the event, which would run until noon.

The second plenary session was scheduled to open at 14:30 and would run for three hours. High on the agenda of the second meeting would be discussions on how to draw up Syria’s new Constitution while preserving the country’s territorial integrity.

The negotiations are expected to draw to a close with the release of an official statement reflecting the decisions made during the talks.

During a trilateral summit attended by leaders from Iran, Russia and Turkey back in November, 2017, it was agreed to hold the current Syria talks in Sochi.