Swiss journalist: Iran could be a model example for all Middle East

A Middle East correspondent of a Swiss-based newspaper, Neue Zürcher Zeitung, has said Iran could be an example for all people in Middle East.

In an exclusive interview with Mehr News, Jürg Bichoff said that Iranians were very politically informed and added that “this is a consequence of Iran’s history and Iran’s historical experience of last hundred years and in that sense this is Iran that could be a model example for the whole region.”

He believed that a problem in Lebanon and other Arab countries was that anti-Iran propaganda for many years had succeeded in persuading Arabs to perceive Iran as imperialist power which strived to extend its influence in Arab countries.

“How Iranians fought for their independence during last hundred years since the constitutional revolution in the beginning of the twentieth century to Mosaddeq movement and to the Islamic Revolution in the country, this political-historical voyage of Iranians is what Arabs have not achieved; so Iran should be an example for them to learn from, accept its advice and help. 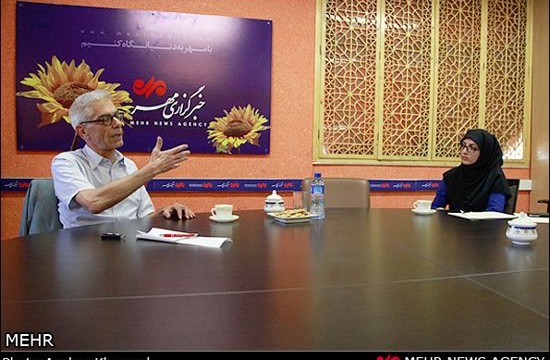 Bichoff is the Middle East correspondent of a Swiss-based newspaper, and lives in Lebanon. Asked about his analysis of Syrian and Lebanese developments, he expressed his personal opinion that many Arab countries including Syria, Bahrain, Egypt and Tunisia were involved in revolutions because they were all living under dictatorships for many years. The movements started in Tunisia and it gave hope to people that they could change something about their life to find a modicum of freedom but this is very general. The problem of the so-called revolutionary movement in Syria is that it was all spontaneous and not organized, the opposition groups did not have any leader so their movement was very chaotic which gave the foreign countries, regional or international in geo-strategic level the possibility to interfere. The problem is that those who called themselves revolutionary did not sense and understand the huge implications of their movement so they became victim of international forces who tried to change events.

Pointing to the western intervention with the Syrian crisis, Mr. Bichoff said that the opposition were equipped and financed by the regional countries such as Saudi Arabia. Mr. Bichoff believed since Assad was an anti-American figure; the west especially the US helped the opposition. On the other hand, regional countries like Saudi Arabia, as US allies, waged helps there.  They now know the danger of their measures in the region but the will of west to dominate Middle East will go down. They still think they are as powerful as before like UK is now behind US seeking the past power, on the other hand French have the nostalgia of their past powerful time when they were in Algeria.

Asked about Takfirists and western support to such extremists groups and the recent terrorist movements of ISIS, Takfirists are not a genuine group and added that he was sure there will be a campaign against ISIS.