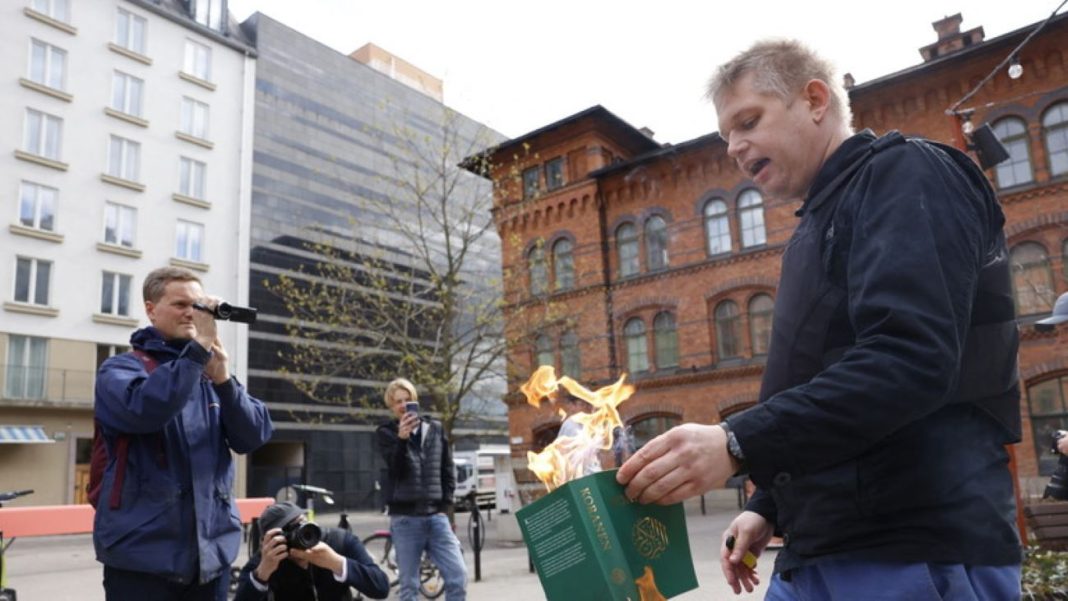 Police in Sweden have announced they will allow the leader of a hard-right political party to burn a copy of the Quran near the Turkish Embassy in Stockholm. Turkey has reportedly summoned the Swedish ambassador over the provocative act.

Anti-Islam activist Rasmus Paludan, a Danish-Swedish lawyer who heads up the right-wing ‘Stram Kurs’ (Hard Line) party in Denmark, will be permitted to destroy the Islamic holy book during a rally planned outside Turkey’s Embassy on January 21.

“Sweden’s constitutional laws give strong protection and you need to judge that the value of being able to demonstrate and freedom of expression is extremely important,” stated Swedish police spokesman Ola Osterling.

According to unnamed diplomatic sources cited by Anadolu news agency, the Swedish ambassador to Turkey, Staffan Herrstrom, was summoned by the foreign ministry to discuss the book-burning, with the sources saying the planned stunt is “clearly a hate crime.”

“Sweden’s attitude is unacceptable. We expect the act not to be allowed, and that insults to sacred values cannot be defended under the guise of ‘democratic rights,’” they added.

“At this point, the visit of Swedish Defense Minister Pal Jonson to Turkey on January 27 has become completely meaningless. This is why we cancelled the visit,” Akar noted.

He recalled that Turkey’s only request is for Sweden and Finland to fulfil the obligations stipulated by the memorandum signed in Madrid.

Paludan, who has staged several Quran-burnings at past events, noted he hopes to “take a small stand for freedom of expression against Turkey” during the embassy rally.

A similar protest last year prompted riots and street clashes in several Swedish cities, with hundreds of police officers and a number of protesters injured amid the unrest.

The spat over the planned book-burning comes as both Sweden and Finland seek Turkish approval to join the North Atlantic Treaty Organization, which requires unanimous consent from all members before inviting new states to join. Though it appeared some progress was made on the issue last year after the two Nordic states applied for membership, negotiations have since stalled as Ankara insists the NATO hopefuls take further steps against groups and individuals it regards as terrorists.