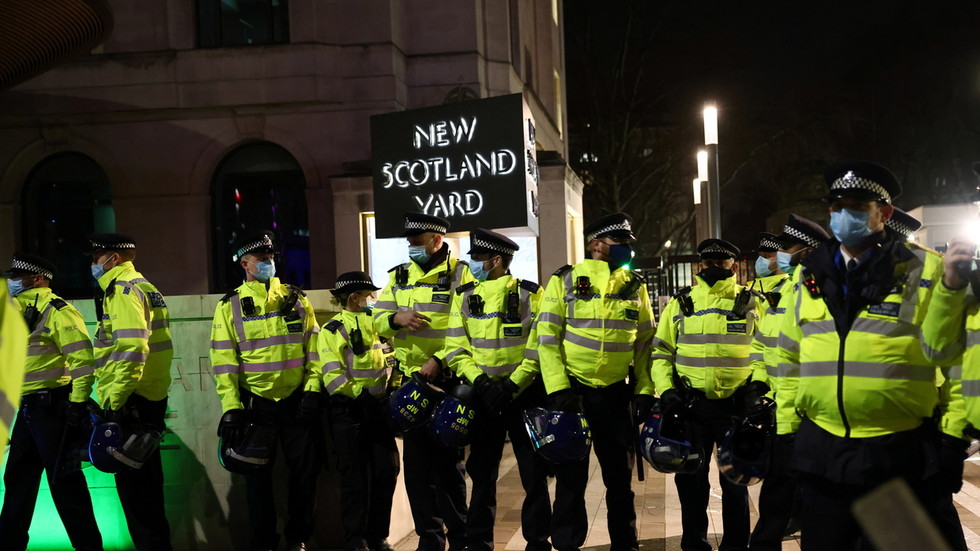 The UK’s largest police force has ranked the worst in England and Wales for solving sexual and violent crimes, according to a new report.

The rankings, which are based on official police data, showed that the proportion of sexual and violent crimes where the Metropolitan Police charged a suspect was 5% as of August 2020. Five years earlier, that figure apparently stood at 14%.

At the national level, police forces now solve about 9% – fewer than one in 10 – of sexual and violent offence cases. According to the new analysis by Poliscope, that number was 19% – roughly one in five – in 2016. A study published by the group in May projected sex and violent crimes to rise by 13% by 2022 and reach 20% by 2023 compared to figures from 2019.

“Too many rape victims in London are being failed and we need to see an urgent overhaul of the criminal justice system’s approach to rape, from the police through to prosecution and courts,” London’s Victims’ Commissioner Claire Waxman told The Telegraph.

“Without drastic changes, we won’t be able to restore the trust and confidence of survivors that they will be able to get justice,” Waxman stated.

Waxman also criticised the current “disproportionate focus placed on discrediting a victim and their case”, while calling for police forces to shift towards an “offender-centric” approach to investigations.

In October 2020, the London Assembly’s Police and Crime Committee cited figures gathered from the Met Police and the Crown Prosecution Service to show that reports of rape and sexual offences in London had increased by 25% between 2015 and 2020, while convictions dropped by nearly the same percentage over that period.

The rankings come at a time when the Met Police is facing a credibility crisis after the kidnap, rape, and murder of Sarah Everard in March by former police officer Wayne Couzens. Earlier this week, British Home Secretary Priti Patel declared that the murder had “exposed unimaginable failings” within the police force, and announced an inquiry to probe the “systematic failures” that led to Everard’s killing.

The announcement of the probe, which will also explore potential deeper problems in UK policing, came amid intense criticism of the Met Police, its commissioner Cressida Dick, and the failure of officers to act on previous allegations made against Couzens – who received a rare whole-life prison sentence last month.

In the wake of Couzens’ conviction, Dick – who has refused to resign from her post, despite growing calls to do so – announced the Met Police would conduct an internal review into “standards and culture” across the force as part of an effort to restore public trust.

A recent investigation by the iNews outlet found that a total of 771 Met Police officers and staff had faced sexual misconduct allegations over the past 11 years. Over the same period, 163 Met officers were apparently arrested for various sexual offences – with 38 convicted in court.