Spokesman Hits Back at French UN Envoy over Anti-Iran Comments 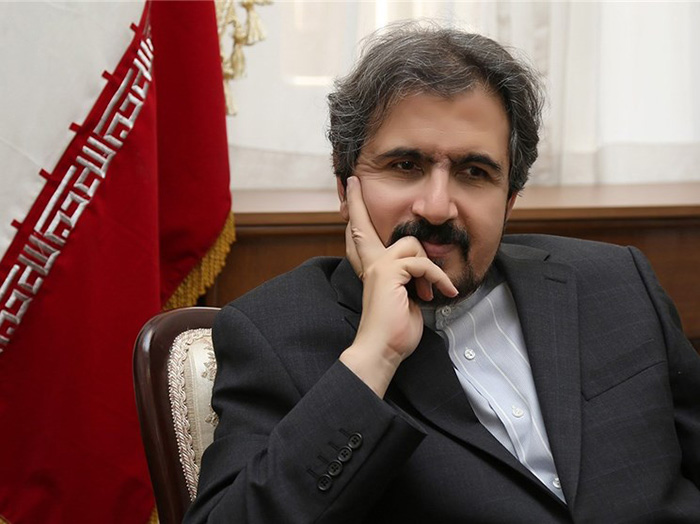 Speaking on Tuesday, July 19, Qassemi took a swipe at France’s representative to the United Nations François Delattre for biased comments against Tehran’s regional activities and its missile program, saying his remarks contradict those of other French authorities.

During a July 18 meeting of the UN Security Council, held to study the progress in implementation of a comprehensive nuclear deal between Iran and the Group 5+1 (Russia, China, the US, Britain, France and Germany), France’s Delattre expressed concern over what he called “destabilizing actions by Iran”, including the testing of ballistic missiles he claimed are capable of carrying nuclear weapons.

He also voiced Paris’ concern about reports of foreign travel by top Iranian General Qassem Soleimani, who Delattre said is still subject to a travel ban. “It is important for regional stability for Iran to abstain from any destabilizing and dangerous activity,” he said.

In reaction, the Iranian spokesman said Delattre’s biased comments on Tehran’s regional policies are divorced from reality and are meant to “cover up France’s broad interference” in the internal affairs of Syria, which has inflicted heavy losses upon the Syrian people.

Highlighting Iran’s constant support for reforms and cessation of violence in Syria and its push for the establishment of peace and stability in the region, Qassemi decried France for its attempts to destabilize the region by alignment with the creators and supporters of the Daesh (ISIL) terrorist group.

He also censured Paris for hosting a recent meeting of the terrorist Mojahedin-e Khalq Organization (MKO) and supporters of terrorist groups like Daesh, al-Qaeda and the Taliban, without directly naming Saudi Arabia, whose diplomat attended the July 9 gathering of MKO terrorists in Paris.

As regards the French UN envoy’s concerns about Iran’s missile program, Qassemi reiterated that Tehran’s missile activities are part of its legitimate defence doctrine that is meant to protect its territorial integrity and counter the threat of terrorism.

The spokesman underscored that it is outside the purview of the UNSC resolutions to comment on Iran’s military equipment, stressing that nothing in the Joint Comprehensive Plan of Action (JCPOA), the nuclear deal between Iran and the Group 5+1, should be interpreted in such a way that would directly or indirectly translate into Tehran’s acknowledgement of legitimacy of the Western sanctions.

Iran maintains that its missile program has nothing to do with the JCPOA and does not violate the United Nations Security Council Resolution 2231 either.

In July 2015, Iran and the Group 5+1 reached a conclusion on the JCPOA. Afterwards, the UN Security Council passed a resolution that endorsed the nuclear deal.