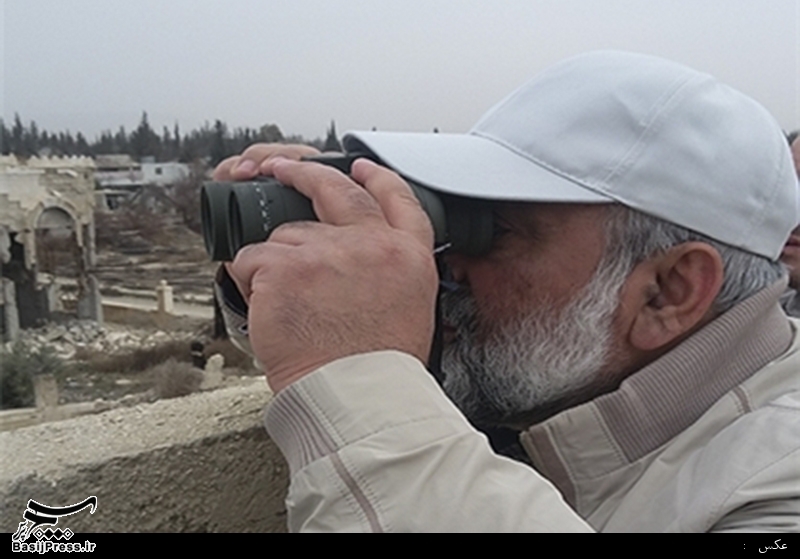 An informed source categorically denied a report by the Israeli daily Haaretz that Commander of Iran's Basij (volunteer) Force Brigadier General Mohammad Reza Naqdi had been wounded by Israeli forces or terrorists during a publicized visit this weekend to Southern Syria.

“The Basij commander is fully healthy and doing his daily jobs; the spread of such rumours is the result of the Zionists’ anger after photos [that appeared on the media] showed Brigadier General Naqdi’s powerful presence in Quneitra and the Golan Heights,” the source told Fars on Sunday, July 31.

Pictures of General Naqdi were released by Iranian media on Wednesday. In one of them, he is surveying the scene with binoculars, and in another one, he is inspecting the destruction at sites.

The visit was reportedly part of a situation assessment and inspection on the ground.

Also reports said that General Naqdi met with units of the Syrian army and the Lebanese Hezbollah resistance group that have been confronting the terrorists in Syria.