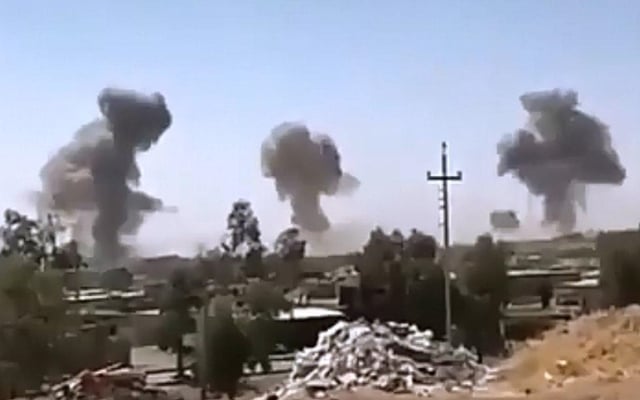 The rockets, which Kurdistan24 says were as many as ten, targeted the militants’ headquarters in the Kurdistan Region’s city of Koysinjaq or Koya.

By early afternoon, a source from Koya hospital told Kurdistan 24 that 14 have so far died and 42 have been wounded.

Secretary of KDP-Iran Mustafa Mawludi and his predecessor Khalid Azizi are among those injured during the attack, sources from the party confirmed.

The organization was holding a meeting at the time of the attack, one of its officials told AFP on condition of anonymity.

The Kurdistan Regional Government has reportedly blamed and condemned Iran for the attack, warning Tehran against repeating such raids and asking it to respect the KRG’s rules.

The KRG’s statement comes as it has failed to fulfil its commitment to prevent the operation of anti-Iran groups inside the Iraqi Kurdistan’s territory. Although the Islamic Republic has not yet claimed responsibility for the attack, it has earlier announced it reserves the right to protect its borders and national security.

On Friday, the IRGC announced it has killed six and wounded several others in clashes with another Kurdish terrorist group, the Kurdistan Free Life Party (PJAK), after they “fell into an ambush … and were destroyed” by the Ground Forces of the Islamic Revolution Guard Corps. PJAK is most commonly described as the military wing of the PKK in Iran.