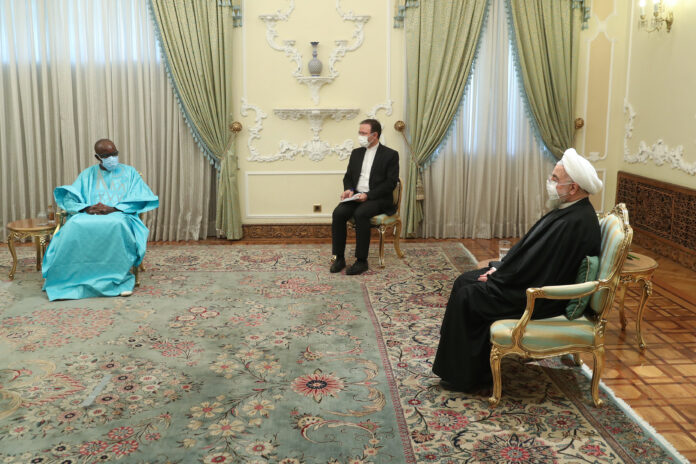 The Iranian president says Senegal can be the gateway for expansion of Iran’s relations with African countries.

President Hassan Rouhani made the comment while receiving the credentials of the new Senegalese ambassador to Tehran.

In the Wednesday meeting, Rouhani underlined that Tehran and Dakar are set to further enhance their relations.

The president also described Senegal as a very important country in the African continent, calling for promotion of collaborations in scientific, cultural, technological, and academic fields as well as Islamic sciences.

“Iran and Senegal have very good grounds for expansion of ties, and the cooperation of public and private sectors of the two countries is imperative for achieving that goal,” he noted.

Saliou Niang Dieng, in turn, said one of his most important missions in Tehran is to try to enhance the level of bilateral relations between the two states.

“Iran and Senegal have always had good and close relations, and they have numerous grounds for strategic cooperation,” the Senegalese envoy said.