School Built in Iran Thanks to Waste Paper Sale 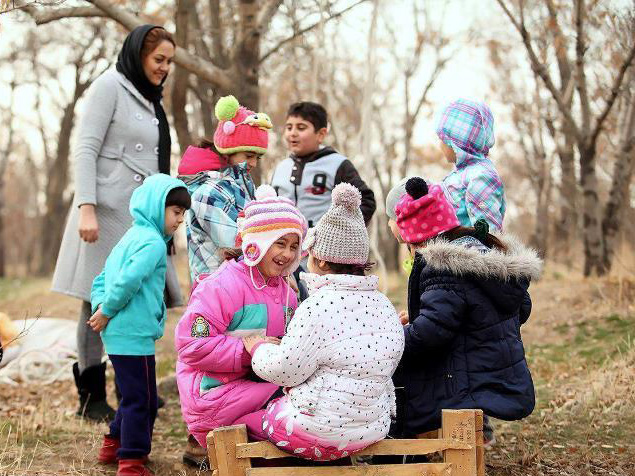 As a result of the plans Iranian government is implementing to raise students’ awareness about environmental protection, a school has been constructed with the money provided by selling pupils’ waste paper and old books.

Mehrzad Hamidi, a senior official at the Education Ministry, referred to a directive jointly communicated by Iran’s Education and Energy Ministries and Environment Department to 106,000 schools at the beginning of current scholar year.

“The directive included the reduction of paper use, and waste sorting, especially the paper waste, in the schools.”

“Fortunately we achieved some considerable results such as building the first Iranian school with the funds provided by the sale of students’ old books and waste paper in Neyshabur, eastern Iran.”

“The main rubrics of this Ministry in environmental protection include promoting the environmental morality, improving the students’ knowledge and skills in environment, and considering the green economy with regards to all circumstances,” he said, according to a Farsi report by IMNA.

He also announced that the Education Ministry was ranked first in the recent Iranian National Environment Awards.

“Several measure have been taken by our Ministry to inform the students and teachers about the environment, and to promote the culture of environmental protection.”

Other measures include appropriating 120 pages of textbooks in different grades to environmental information, running related courses for teachers, scouts and students, preparing two educational units about environment in Farhangian University, and implementing the environmental programs of the Iranian students’ organization.

Students get to know rangers

He referred to the murder of three rangers in 2016 when they were confronting the hunters in protected areas.

“Projects like this are to inform the local children about a ranger’s profession and tasks, and can contribute to an interaction between the local community and environment which lessens such conflicts.”

“Another joint program is to develop a ‘Human and Environment’ textbook for the 11th grade in seven chapters with a problem-based approach,” he added.

“This is a very important move, as it is the first time the Iranian Education Ministry edits a textbook in cooperation with another department.”

He went on to say that “Human and Environment” will be taught in schools twice a week from September 2017.

He also referred to measures such as adding environmental insertions in work and knowledge field textbooks, setting standards for the five proposed environmental fields, translating environmental guidelines for the trainers, and establishing a strategic national working group for the imparted document to 106,000 schools about green management as other joint projects of the two departments.