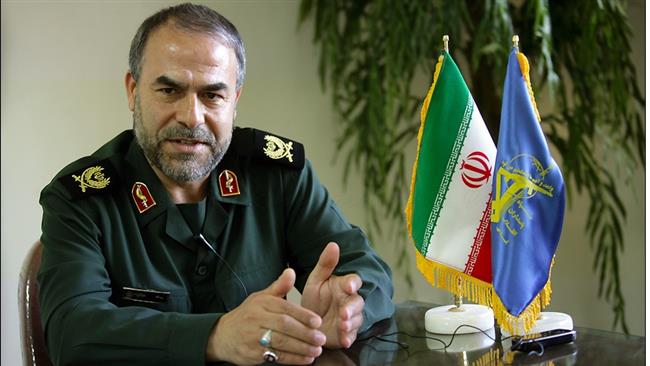 A senior commander of the Islamic Revolution Guards Corps (IRGC) says Saudi Arabia will make a “political mistake” in case of implementing a plan for the deployment of ground troops to Syria.

“The Saudi government, given its heavy defeats in the region in recent years, may make such a move and commit a strategic mistake,” senior adviser to Leader’s representative to the IRGC, Brigadier General Yadollah Javani, said on Sunday.

Saying that Riyadh intends to achieve its political objectives through such a plan, Javani added the potential deployment of Saudi forces would lead to a “miscalculation” which could cost the Al Saud regime dearly.

He emphasized that the Syrian people have proved that they are capable of resisting any plot, warning that the Saudi deployment would further complicate the situation on the ground in Syria.

“It is obvious for Syrians that terrorist groups are supported by regional and extra-regional countries including Saudi Arabia,” the IRGC commander said, adding that if the United States and European countries are determined to fight terrorism, they should stop supporting terrorist groups.

Javani reiterated Iran’s principled policy on regional developments, particularly on the crisis in Syria, and said the Islamic Republic has repeatedly announced its support for the Syrian nation.

The involvement of any country such as Saudi Arabia in the issue of Syria will not alter Iran’s policies, he added.

Saudi Foreign Minister Adel al-Jubeir on February 8 brought up the possibility of dispatching Saudi forces to Syria as part of the US-led coalition allegedly fighting Daesh Takfiri terrorists in the conflict-hit Arab country.

“There is a discussion with regard to a ground force contingent, or a special forces contingent, to operate in Syria by this international US-led coalition against ISIS (Daesh) and the Kingdom of Saudi Arabia has expressed its readiness to provide special forces to such operations should they occur,” he said during a visit to Washington.

The idea of Riyadh’s possible participation in ground operations in Syria was first raised on February 4 by Ahmed Assiri, a spokesman for the Saudi Defense Ministry.

Although swiftly welcomed by allies like the United States, the proposal was met with huge criticism from Syria and Damascus’ allies. Bahrain and the United Arab Emirates also followed in Saudi Arabia’s footsteps and hinted their preparedness for similar deployment.

Syrian Foreign Minister Walid al-Muallem has slammed the initiative, saying “coffins” await any aggressor in the country “whether they be Saudis or Turks.”