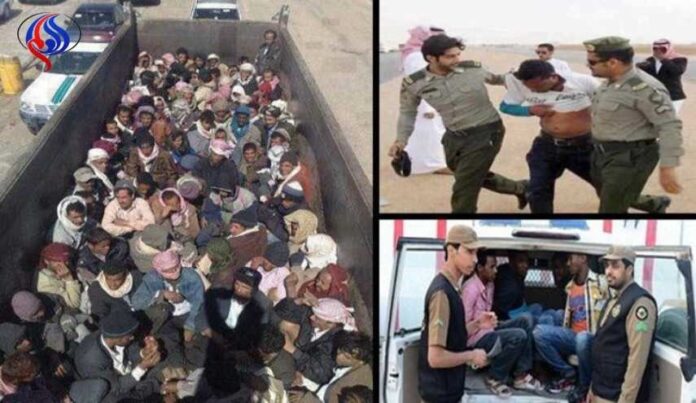 The London-based Saudi newspaper Al-Hayat has drawn negative reactions after publishing an insulting cartoon about foreign workers in the Arab kingdom.

According to a Farsi report by Al-Alam, the cartoon released by Al-Hayat shows a Saudi employee who rides a wheel on a rope while carrying a barbell with two weight plates. On one plate is written “low wages” and on the other “lack of job opportunities”. At the same time, he is staring at a black rat named “foreign workers” that chews the rope to cut it.

Many Saudi citizens and foreign workers slammed this cartoon and described it as offensive and racist. Ghassan Yassin, a Syrian journalist, urged Al-Hayat to apologize for publishing such an inappropriate picture.

“Is it right to describe foreign workers like that?” wrote Wael Kurdi, a Saudi activist, in his Twitter page.

The Saudi National Organization for Human Rights noted that by publishing this cartoon, Al-Hayat has insulted human dignity and violated the principles of international humanitarian conventions.

However, Nasir Khamees, the designer of this cartoon, refused to apologize and justified his move by saying, “The audience misunderstood my cartoon. I was just referring to some particular foreign workers.”