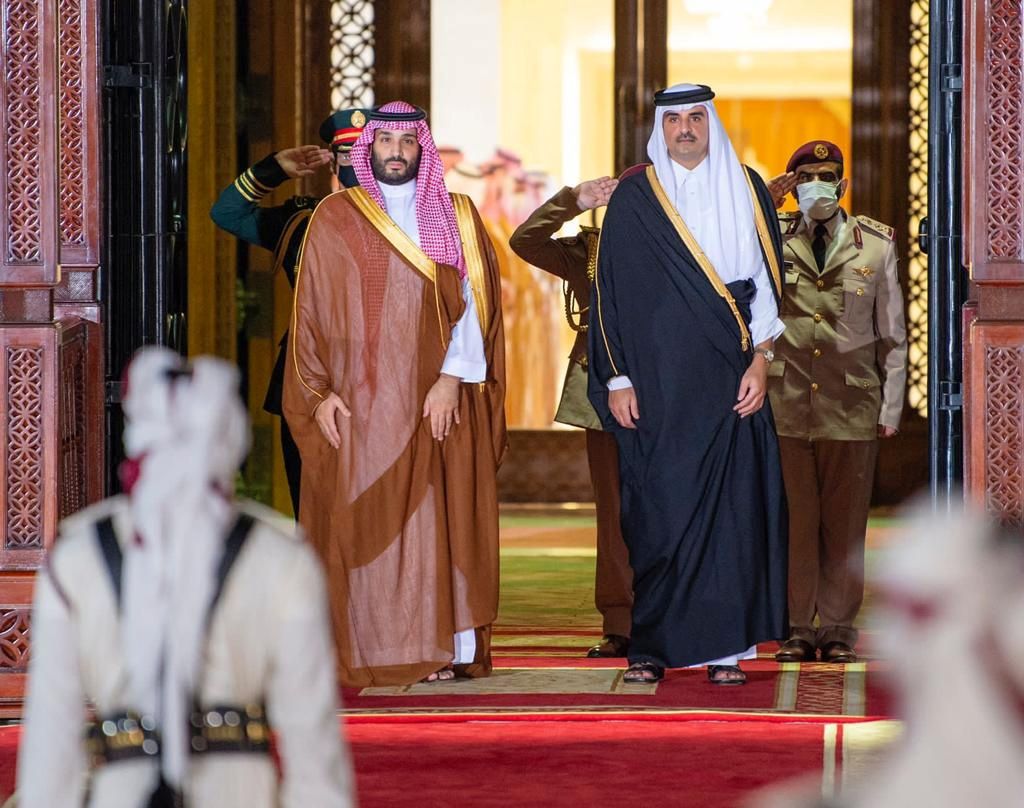 Saudi Arabia’s Crown Prince Mohammed bin Salman (MbS) has arrived in Doha on the third stop of his tour of the Persian Gulf states, the first visit since a years-long blockade of Qatar was withdrawn in January.

In a tweet, Sheikh Tamim welcomed bin Salman and said that the brotherly relations and cooperation between Qatar and Saudi Arabia are “based on solid foundations of history and a common destiny”.

Referring to Prince Mohammed as his brother, Sheikh Tamim added they discussed ways to enhance cooperation between the two countries, and affirmed the joint keenness of the two sides to support security and stability in the region.

Qatar is the third stop on a tour of Persian Gulf Arab states by MbS before a Gulf summit later this month.

The summit will be the first since Saudi Arabia – together with Bahrain, Egypt, and the United Arab Emirates – agreed to end their dispute with Qatar over its foreign policy, which led them to sever diplomatic ties with Doha in June 2017.

During the regional spat, Qatar rejected the quartet’s demands – which included that it shut down the Al Jazeera Media Network and expel a small contingency of Turkish troops from its territory.

In January, the four blockading countries agreed to end the row.

Since then, Riyadh and Cairo have appointed new ambassadors to Doha. Abu Dhabi and Manama have yet to follow suit. Qatar also re-established trade and travel links with Saudi Arabia, the UAE and Egypt, but not with Bahrain.

Qatar’s emir has travelled to Saudi Arabia and met bin Salman several times since the end of the dispute. Wednesday’s visit was the Saudi prince’s first official trip to Qatar since he was named crown prince in 2017.

The Saudi crown prince’s tour had already stopped in Oman and the UAE where he visited Expo 2020 in Dubai earlier on Wednesday before taking the short flight to Doha. He is still expected to travel to Bahrain and Kuwait later in the week.

Bin Salman’s tour coincides with talks between Iran and world powers aimed at salvaging the landmark nuclear agreement signed with world powers in 2015.

Then-President Donald Trump withdrew the United States from the pact in 2018 and reimposed punishing sanctions. Tehran has denied seeking nuclear weapons, and has stressed its efforts are for energy purposes only.

While relations among the PGCC are underpinned by cultural, religious and tribal ties, they have widely different foreign policy stances on Iran.

Oman, Kuwait and Qatar have all maintained relations with Tehran, while Saudi Arabia, Bahrain and the UAE have seen tensions spike.