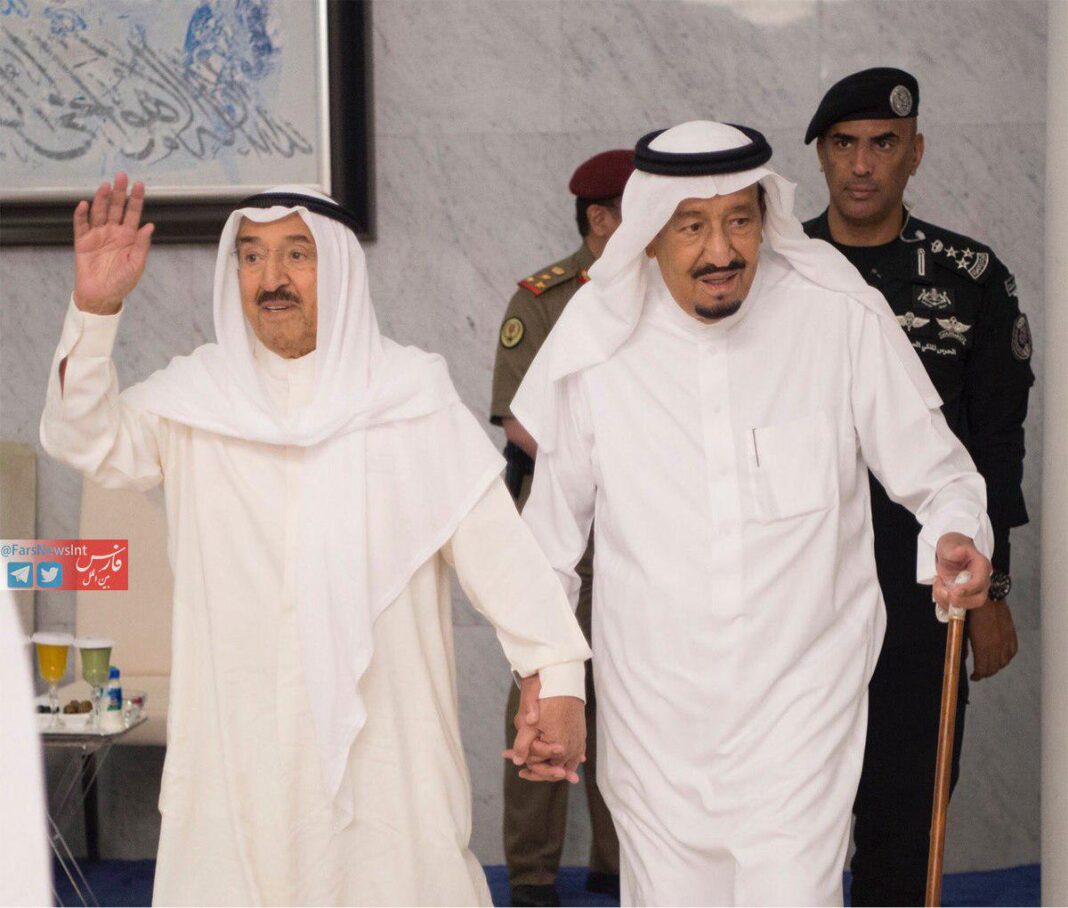 In a meeting with Kuwait’s Emir Sheikh Sabah Al-Ahmad Al-Jaber Al-Sabah, who was in Jeddah to mediate in an ongoing rift between Doha and a number of Persian Gulf Arab states, Qatar was given a one-day ultimatum to fulfil ten conditions set by the Al Saud regime.

According to Sky News Arabia, Saudis’ ultimatum to Qatar has started on Tuesday night.

Heading a delegation, the Kuwaiti emir traveled to Jeddah on Tuesday to help resolve the escalated tension in relations between Qatar and other Arab states. Sheikh Sabah left Saudi Arabia after holding talks with King Salman for several hours.

Update: Sky News Arabia later denied its own report, saying no condition has been set and no ultimatum has been given by Saudi Arabia!

On Monday, Saudi Arabia, the United Arab Emirates, Egypt, Bahrain, the Maldives and a number of other Muslim states cut off diplomatic ties with the Doha government, saying they will suspend air, sea and land transport with Qatar. They have accused Qatar of supporting terrorism and destabilising the region.

Qatar has rejected the accusations, calling them “unjustified” and “baseless.”
Qatari citizens have been told they have 14 days to leave Saudi Arabia, Bahrain and the UAE, and those countries also banned their own citizens from entering Qatar.