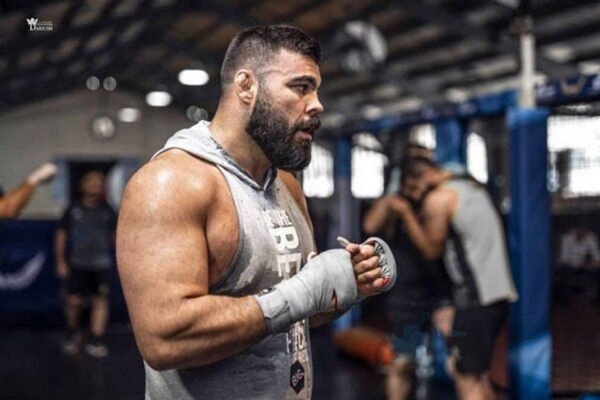 Iranian mixed martial arts (MMA) fighter Amir Aliakbari has had to bow out of the UFC –an American MMA promotion company- after the US sanctions against Iran prevented him from transferring his earnings.

The professional Iranian wrestler and MMA fighter Aliakbari says he was left with no choice but to terminate his contract with the Ultimate Fighting Championship (UFC) when the US’ economic sanctions against Iran barred him from transferring his income.

The heavyweight division fighter said he has been figuring out for six months in close consultation with the UFC to solve the problem, but he ultimately decided to drop out of the American company after his efforts went nowhere.

“Unfortunately, I could not claim compensation. I didn’t do anything to claim compensation either, because I will finally return to the UFC someday, that’s why I didn’t want to leave the UFC inappropriately or engage in a struggle,” the 31-year-old athlete said.

Aliakbari said the American company put off his fights for seven months, but at last, he could not attend a bout although he had exercised very hard.

“All of my plans have been based upon transparency and honesty, and I have provided the documentation as well. But I never thought I would be out of the UFC because of the sanctions,” he noted.

Aliakbari joined the UFC in May 2019. He used to compete under the Rizin banner between 2016 and 2017, defeating many renowned fighters. The only defeat of his MMA career came against veteran Mirko Cro Cop in December 2016.