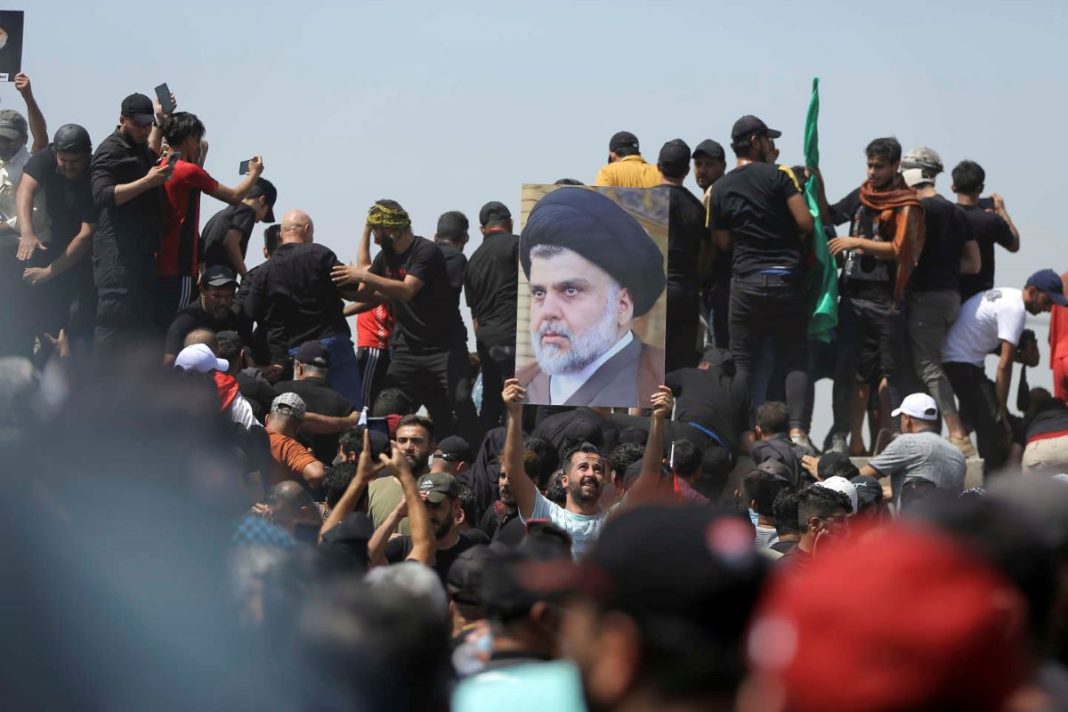 Brandishing pictures of the firebrand cleric, they occupied the the legislative chamber to protest selection of a consensus nominee for prime minister following months of uncertainty.

They initially massed at the end of a bridge leading to the Green Zone before tearing down concrete barriers protecting it and ran inside.

Security forces had fired tear gas near an entrance to the district, home to foreign embassies and other government buildings as well as parliament.

State-run news agency INA reported Prime Minister Mustafa al-Kadhimi had called on the protesters to adhere to peacefulness demonstration, not to escalate the situation, and to abide by the orders of the security forces.

“Continuing the political escalation increases the tension and does not serve the public interests,” INA quoted a statement by al-Kadhimi’s media office as saying.

“The security forces have a duty to protect official institutions and need to take all legal measures to maintain order,” he added.

Sadr’s supporters, opposing the recently-announced nomination of Mohammed al-Sudani for premier, occupied the parliament building on Wednesday and left the area two hours later upon the cleric’s orders.

Analysts say through protests, Sadr wants to demonstrate he’s still politically relevant. The strategy, however, is a very dangerous game which can plunge the country into civil strife, they have warned.

In 2016, his supporters stormed the parliament in a similar fashion. They staged a sit-in after then-prime minister Haider al-Abadi sought to reshuffle the cabinet.

After the Sadr bloc exited government formation talks, al-Sudani was selected by consensus to face parliament for vote.

However, parties must first select a president. Sadr resigned from political activity after he was not able to persuade enough legislators to choose him as Iraq’s next president.