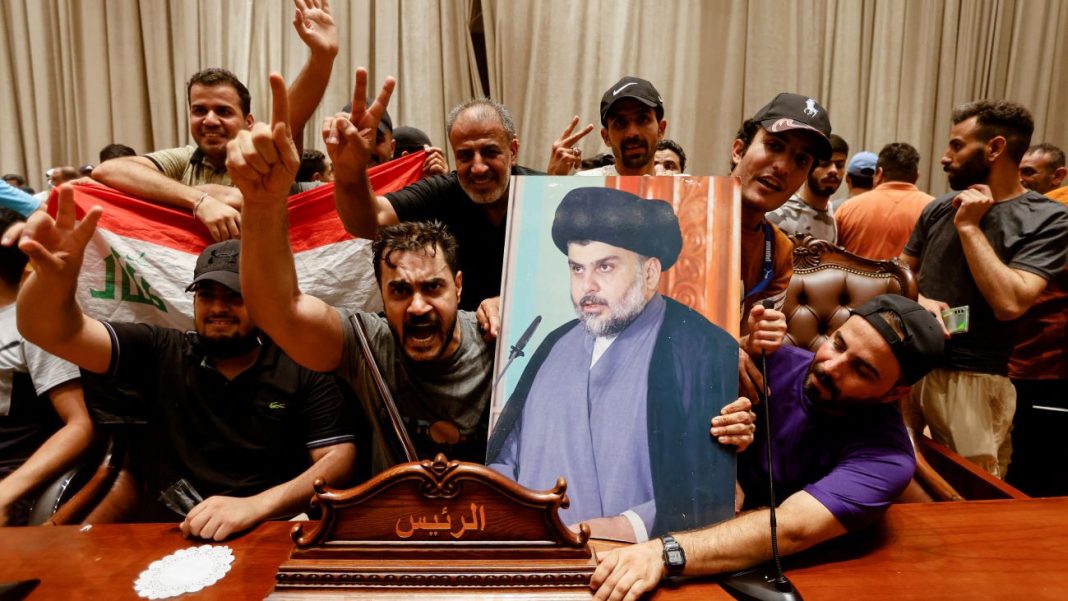 Only security forces were inside the building in Baghdad and they appeared to allow the protesters in with relative ease, according to reports.

The breach by Sadr’s typically unruly supporters was in reaction to the recent nomination of Mohammed al-Sudani as Iraq’s new prime minister.

But many breached the gates to the area, which houses government buildings and foreign embassies, walking down the zone’s main thoroughfare to the parliament building.

Caretaker prime minister Mustafa al-Kadhimi called for calm and restraint, and for protesters to “immediately withdraw” from the area.

He warned in a statement that security forces would see to “the protection of state institutions and foreign missions, and prevent any harm to security and order”.

In a message, Sadr claimed the breach carried a “message of peace and reform, saying if his supporters chose to withdraw from the area, he would respect the decision.

Analysts say through protests, Sadr wants to demonstrate he’s still politically relevant. The strategy, however, is a very dangerous game which can plunge the country into civil strife, they have warned.

In 2016, his supporters stormed the parliament in a similar fashion. They staged a sit-in after then-prime minister Haider al-Abadi sought to reshuffle the cabinet.

After the Sadr bloc exited government formation talks, al-Sudani was selected by consensus to face parliament for vote.

However, parties must first select a president. Sadr resigned from political activity after he was not able to persuade enough legislators to choose him as Iraq’s next president.