Russia: US efforts to stop Nord Stream 2 failed, pipeline to be completed soon 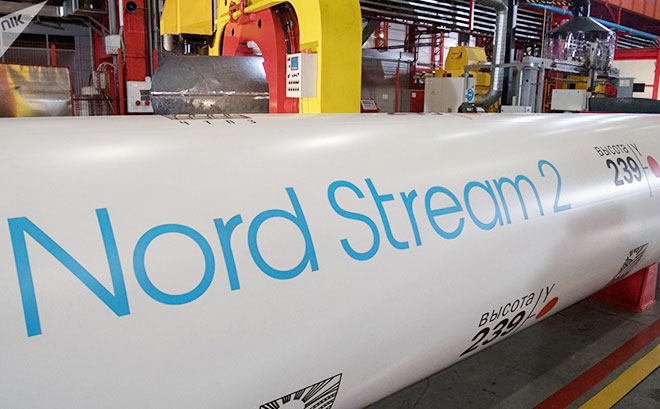 Moscow announced years of economic sanctions and political efforts by Washington have come to nothing, and work on the Nord Stream 2 gas pipeline is now nearing the final stages of completion.

Speaking at a meeting in St. Petersburg on Monday, Russia’s Foreign Minister Sergey Lavrov stated that final preparations are being made on the underwater link, which will connect the gas fields of Siberia to consumers in Western Europe.

“It will be completed in a few days and will begin working,” he added.

According to him, efforts by the US government to sink the pipeline now have no chance of success, despite the introduction of new sanctions in recent days.

“There is still a full-frontal attack, in spite of everything, on Nord Stream 2,” he said, despite the fact “everyone knows the Americans have realized [it will be completed.]”

“The next step will be to connect the section of the gas pipeline from the coast of Germany,” the company behind the project stated.

Last month, US President Joe Biden signed into force a new package of sanctions aimed at companies involved in the construction. In a letter sent to Congress, the White House said that “certain Russian energy pipeline projects” would expand Russia’s influence in the region and weaken “Ukraine and Eastern flank NATO and EU countries”, thereby threatening “the national security, foreign policy, and economy of the United States”.

The news came as German Chancellor Angela Merkel arrived in Moscow to meet with Russian President Vladimir Putin. Both countries have continued to back the scheme despite opposition from the US, and Biden had previously acknowledged that work on the gas link was at an advanced stage. Shortly after taking office, he noted that “to go ahead and impose sanctions now, I think is counterproductive in terms of our European relations”.

The month before, American and German officials reached a deal to allow the construction to go ahead in exchange for commitments from Berlin to support sanctions against Moscow if it shows “aggression” toward Ukraine. Kiev has warned that it could stand to lose billions of dollars in gas transit fees each year if Moscow turns off the taps on its Soviet-built overland network of pipelines after the completion of Nord Stream 2.