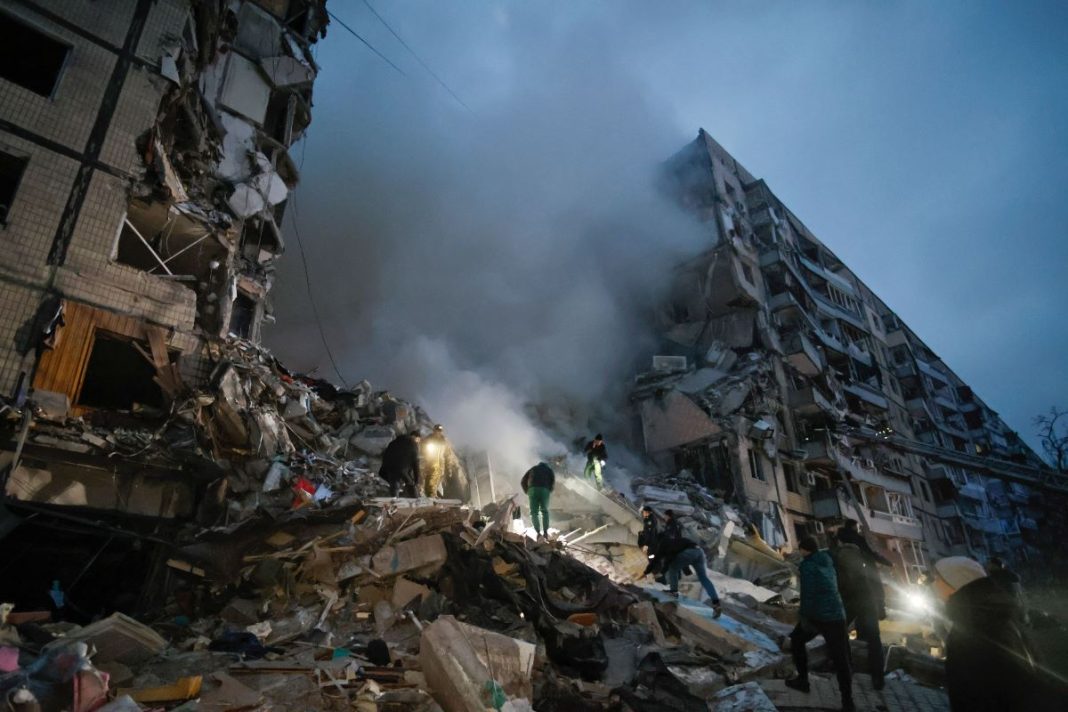 After the West imposed the most severe sanctions in modern history over the war in Ukraine, Russia’s economy has shown remarkable resilience but the world’s biggest producer of natural resources is now turning increasingly towards China.

“The situation in the economy is stable,” President Vladimir Putin said, adding, “Much better than not only what our opponents predicted but also what we forecast.”

“Unemployment is at a historic low. Inflation is lower than expected and has, importantly, a downward trend,” he continued.

Russia’s economy contracted in 2022 under the weight of sanctions, but way less than most economists forecast. The $2.14 trillion economy is forecast by the Russian government to contract by 0.8 percent in 2023.

Russian President Vladimir Putin stated the special military operation is showing a positive trend and that he hopes Russian soldiers would deliver further gains after Soledar.

“The dynamic is positive,” Putin told Rossiya 1 state television, adding, “Everything is developing within the framework of the plan of the Ministry of Defense and the General Staff.

“And I hope that our fighters will please us even more with the results of their combat,” Putin noted.

Toll from strike on tower block in Dnipro rises to 20: Ukrainian official

The death toll has risen to at least 20 after a strike on a residential building in Dnipro, a city in centre-east Ukraine, the Ukrainian regional governor has stated on Sunday.

Russia has canceled at the last minute a scheduled exchange of prisoners of war, the Ukrainian body dealing with prisoners has announced.

“Another round of exchange of prisoners was planned today with the Russian side,” the Coordination Headquarters for the Treatment of Prisoners of War said on the Telegram messaging app.

“However, it was cancelled at the last moment at the initiative of the Russian side,” it added.

The office of Russian Human Rights Commissioner Tatyana Moskalkova did not immediately respond to Reuters request for comment. On Saturday Moskalkova noted on her Telegram messaging app that Russian soldiers had allegedly reported instances of extortion while in Ukrainian captivity.

“Due to the shelling in the majority of the regions, emergency cut-offs are being introduced,” Galushchenko wrote on Facebook, adding, “The coming days will be difficult.”

Emergency blackouts have been applied in “most regions” of Ukraine due to a new barrage of Russian attacks, Galushchenko has said.

“Due to the shelling, emergency blackouts have been introduced in most regions,” the minister added.

Sweden and Finland are unlikely to be able to join NATO before June, a senior Turkish official has said.

The Nordic countries applied to join alliance in the wake of Russia’s invasion of Ukraine, but their membership must be approved by all 30 NATO states. Only Turkey and Hungary have yet to approve the deal, with Ankara linking accession to several demands that Sweden and Finland tighten laws to rein in the activities of supporters of the Kurdistan Workers’ Party, or PKK.

“In principle, we would like to see them [Sweden and Finland] in NATO,” İbrahim Kalın, chief adviser to Turkish president, Recep Tayyip Erdoğan, told foreign journalists in Istanbul.

“Stockholm is fully committed to implementing the agreement that was signed last year in Madrid, but the country needs six more months to write new laws that would allow the judicial system to implement the new definitions of terrorism,” he added.

The death toll from a Russian missile strike on an apartment block in the city of Dnipro has risen to 12, according to Valentyn Reznichenko, the head of the Dnipropetrovsk regional military administration.

Search and rescue operations at the site continued into Saturday night.

Zelensk says “Russian terror” can only be defeated on battlefield

Ukrainian President Volodymyr Zelensky said “Russian terror” can only be stopped on the battlefield in his nightly address Saturday.

“Is it possible to do it somehow differently than on the battlefield in Ukraine? Unfortunately, no. This can and must be done on our land, in our sky, in our sea,” he emphasized.

To achieve these aims, Zelensky noted he was convinced Ukraine needs “weapons that are in the warehouses of our partners and that our troops are so waiting for.”

“No amount of persuasion or just passing the time will stop the terrorists who are methodically killing our people with missiles, drones bought in Iran, their own artillery, tanks and mortars,” Zelensky added.

“Unfortunately, energy infrastructure facilities have been also hit,” Zelensky continued, adding, “Repair crews are doing their best to restore power generation and supply as soon as possible, and work will continue around the clock.”

Zelensky also said that Ukrainian forces had shot down more than 20 Russian missiles on Saturday, of more than 30 fired on the country. “These are hundreds of saved lives,” he underlined.

Earlier Saturday, Gen. Valeriy Zaluzhnyi, the commander-in-chief of the Ukrainian Armed Forces, said Russia had “made about 28 launches of cruise missiles of various types and 5 launches of guided aircraft missiles.”

Zelensky also commented on the deadly Russian missile strike against a residential apartment building in the city of Dnipro earlier Saturday.

“All floors of this building – from the second to the ninth – were smashed in the explosion of a Russian missile,” Ukraine’s president continued, adding, “It was possible to save dozens of people – wounded, traumatized, treatment is being provided to them. Among them are children, the youngest girl is three years old.”

According to Zelensky “debris clearance is still ongoing and will continue throughout the night.”

“It’s not yet known how many people are under the rubble,” he underscored, noting, “Unfortunately, the death toll is growing every hour.”

Kudrytskyi said power plants and substations of Ukrenergo had been hit, but the “controllability and integrity of the power system was preserved.”

“However, the deficit in the system is significant,” he continued, adding, “The situation is difficult in Kharkiv and Lviv regions. Repair teams are already working there, as well as in other regions, and the elimination of the consequences of the attack continues.”

“Coordinated work of the military and power engineers does not allow the enemy to achieve their main goal – to plunge the whole country into cold and darkness,” the power CEO stated.