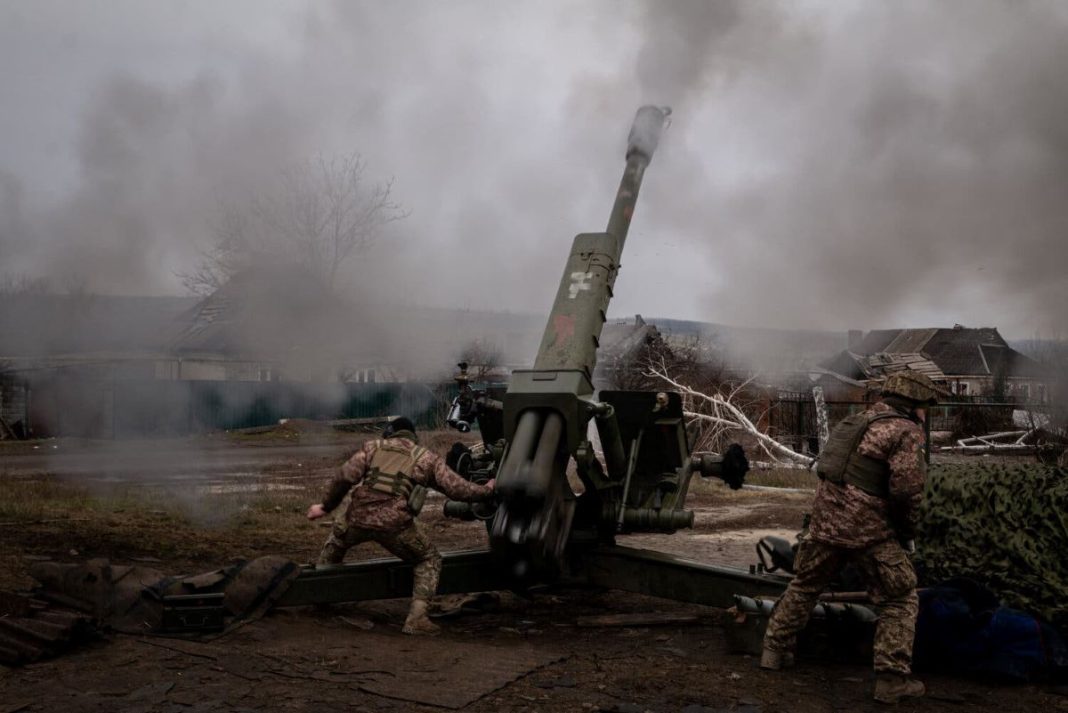 Ukraine has updated the number of Russian troops it believes it has killed to 110,740.

The general staff of the armed forces announced in its early morning update on Saturday that a further 490 troops were killed on Friday.

The figures have not been independently verified by the Guardian, and Russian figures differ, although it is thought Kremlin figures are far below the real number of troops killed.

A further two tanks were destroyed, along with three artillery systems.

The US will start training Ukrainian forces on the Patriot missile system later this month, according to the Defense Department.

Laura Cooper, the deputy assistant secretary of defense for Russia, Ukraine, and Eurasia, said the training will take “several months.”

On Thursday, the Pentagon announced the US is considering bringing Ukrainians to the US to train on the Patriot missile system, as well as considering training overseas “or a combination of both,” according to a Defense Department spokesperson.

“I think clearly we’re at a point in this battle where we’re going to be able to provide that kind of training to enable Ukraine to sustain those kind of systems so that they can focus on defending their country and taking back territory,” Pentagon press secretary Air Force Brig. Gen. Pat Ryder noted at a press briefing Thursday.

Kiev is shedding blood to carry out the mission NATO set for itself and expects the “civilized West” to provide weapons and ammunition in return, Ukrainian Defense Minister Aleksey Reznikov has said in an interview for a domestic TV channel.

Reznikov pointed out that at the Madrid summit last summer, NATO declared Russia the greatest threat to the US-led bloc.

“Today, Ukraine is addressing that threat. We’re carrying out NATO’s mission today, without shedding their blood. We shed our blood, so we expect them to provide weapons,” he stated.

Reznikov also claimed that his NATO colleagues have told him, both in conversations and via text messages, that Ukraine is the “shield of civilization” and “defending the entire civilized world, the entire West.”

Ukrainian officials, from President Volodymyr Zelensky on down, routinely make public appeals for tanks, missiles, artillery and ammunition. Russian Defense Minister Sergey Shoigu told the General Staff in December that Moscow was de facto fighting the collective West. By his estimates, the government in Kiev has received almost $100 billion worth of weapons, ammunition and other supplies in 2022 alone.

US says attacks in Ukraine prove Russian ceasefire is ‘cynical’

The United States says attacks in eastern Ukraine show that an Orthodox Christmas ceasefire announced by President Vladimir Putin was a “cynical” ploy.

Department of State spokesman Ned Price recalled that he had called the ceasefire “nothing but cynical” when Putin announced it on Thursday.

“I think that assessment has been borne out given what we’ve seen over the course of the day,” Price told reporters on Friday.

“We believe that our scepticism is warranted because of what we’ve seen from Russia over the course of this conflict,” he added.

US to send $3.75bn in military aid to Ukraine, its neighbours

The White House has announced a new $3.75bn military assistance package to help Ukraine and its neighbours on NATO’s eastern flank as Russia’s invasion of Ukraine grinds on.

The latest tranche of assistance will include for the first time Bradley armoured vehicles for Ukraine. The armoured carrier is used to transport troops to combat and is known as a “tank killer” because of the anti-tank missiles it can fire.

Among other things, the package includes an unspecified number of RIM-7 Sea Sparrow short-range anti-aircraft missiles.

The biggest US assistance package to date for Kyiv includes a $2.85bn drawdown from the Pentagon’s stocks that will be sent directly to Ukraine and $225m in foreign military financing to build the long-term capacity of Ukraine’s military and support its modernisation, according to the White House.

It also includes $682m in foreign military financing for European allies to help replace donations of military equipment they have made to Ukraine.

German Chancellor Olaf Scholz has held a phone call with Ukrainian President Volodymyr Zelensky about the situation in Ukraine, and the president thanked Germany for providing Marder infantry fighting vehicles and other equipment, Berlin announced on Friday.

Zelensky stated he had spoken by phone to Scholz on Friday and thanked him for a “powerful defense package” that would help Ukraine fend off Russian troops and defend its cities.

He also added they had discussed further defence cooperation but gave no details.

“I thanked (Scholz) for the powerful defense package, including several dozen Marder vehicles and the Patriot system. We discussed further cooperation to strengthen the Ukrainian army,” Zelensky wrote on Twitter.

He and other top Ukrainian officials have repeatedly called for heavier and more advanced weapons systems following Russia’s invasion, now in its eleventh month.

On the day that Russia said a unilateral 36-hour ceasefire would begin in Ukraine, the Ukrainian military reported a Russian missile strike and 12 attacks from multiple rocket launchers.

In its situational update Friday evening local time, the General Staff of the Armed Forces of Ukraine announced the attacks included hits on civilian infrastructure in the eastern Donetsk and Dnipropetrovsk regions.

The General Staff did not provide timings for the attacks. Russia said its so-called ceasefire would begin at noon local time (4 a.m. ET) Friday.

“The enemy concentrates its main efforts on attempts to completely capture Donetsk region within the administrative borders,” the General Staff stated, adding, “It is conducting offensive actions in the Bakhmut direction and unsuccessfully trying to improve the tactical situation in the Kupyansk, Lyman and Avdiivka directions. On the other directions it is holding the defense.”

The General Staff noted in the Kupyansk and Lyman directions, “the areas of 19 settlements came under enemy fire,” and in the Bakhmut direction, more than 15 settlements were hit.

It also listed shelling in the Avdiivka, Zaporizhzhia and Kherson directions.

Serhiy Hayday, head of the Luhansk region military administration, said that during “three hours of Putin’s ‘Christmas truce'” Russian forces fired on his region 14 times from artillery and assaulted one settlement three times.

“People in de-occupied villages have been staying in basements all day,” he added on Telegram.