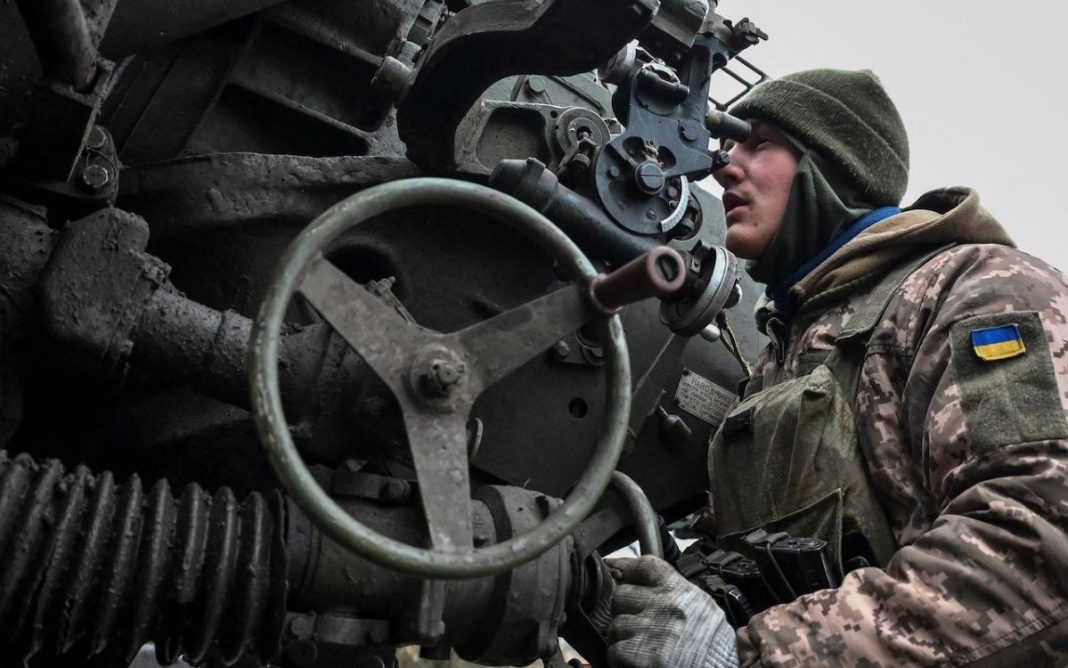 At least eight people are now said to have been killed in the Russian shelling of Kherson city.

The office of the prosecutor general said that residential areas had been targeted. “As a result, at least eight civilians were killed,” a post on Telegram said.

Yaroslav Yanushevich, governor of the region stated that 58 had been injured.

“On a weekend, on the eve of Christmas, the Russians attacked the city center. They attacked the market, shopping center, residential buildings, administrative buildings – the places where the most people are,” he continued.

He added that homes, civic buildings and motor vehicles were damaged.

Zelensky: Attacks on Kherson are ‘terrorism’

Ukrainian president Volodymyr Zelensky has said the shelling on Kherson that has killed five and injured 20 others is “terrorism”.

Posting photographs of the aftermath of the attacks, including casualties lying on the street, he stated: “The terrorist country continues bringing the Russian world in the form of shelling of the civilian population. Kherson. In the morning, on Saturday, on the eve of Christmas, in the central part of the city.”

“These are not military facilities. This is not a war according to the rules defined. It is terror, it is killing for the sake of intimidation and pleasure,” the president continued, adding, ”The world must see and understand what absolute evil we are fighting against.”

A top Ukrainian presidential aide called for the “liquidation” of Iranian factories making drones and missiles, as well as the arrest of their suppliers, as Kyiv accused Tehran of planning to supply more weapons to Russia.

Ukrainian presidential aide Mykhailo Podolyak stated that Iran “blatantly humiliates the institution of international sanctions”, before calling for the destruction of Iranian weapon factories in response.

In its daily report about the war, the United Kingdom’s ministry of defence said that Russia has ‘likely limited’ its long-range missile attacks against Ukrainian infrastructure to about once a week due to the limited availability of cruise missiles.

The ministry went on to say that Russia has bolstered its forces in Ukraine with tens of thousands of reservists since October.

“Despite the easing of its immediate personnel shortages, a shortage of munitions highly likely remains the key limiting factor on Russian offensive operations,” the report added.

The United States House of Representatives has given final approval to a $45bn aid package for Ukraine as part of a $1.66 trillion government funding bill.

In a tweet thanking Congress and leaders of both parties, President Volodymyr Zelensky stated it was “crucial” that Americans are “side by side” with Ukrainians “in this struggle”.

The Ukrainian president returned from Washington, DC – his first trip outside of Ukraine since Russia invaded on February 24 – with the pledge by the US of a Patriot surface-to-air missile battery to bolster his hard-pressed air defences.

Japan firms to stop insuring ships in all Russian waters

Three Japanese insurance companies will stop insuring ships for damage in all Russian waters due to the war in Ukraine, potentially affecting Japan’s energy imports including liquefied natural gas (LNG).

The insurers’ decision was prompted by reinsurance companies refusing to take on risks related to the war that Moscow launched 10 months ago, the newspaper said.

Japan’s LNG imports from Russia’s Sakhalin-2 gas and oil project could be affected, Nikkei said. The Sakhalin Island complex, partly owned by Gazprom and Japanese companies, is vital to Japan’s energy security as it accounts for 9 percent of the country’s LNG imports.

Zelensky warns Ukrainians against complacency ahead of holiday season

Ukrainian President Volodymyr Zelensky used his evening address Friday to warn Ukrainians about not becoming complacent during the holiday season.

“Please remember who is fighting against us. In the upcoming holiday season, Russian terrorists may become more active again. They despise Christian values and any values at all,” he claimed.

He asked Ukrainians to “help each other and take care of one another.”

The Ukrainian president ended his statement by speaking in Russian and saying, “One more thing: Russian citizens must clearly understand that terror never remains unanswered.”

Russian President Vladimir Putin is meeting on Friday with defense industry officials gathered from across the country in the city of Tula to discuss “problems” related to the supply of weapons to the Russian military, and how to improve deliveries and the weapons’ characteristics.

“The most important, key task for the military-industrial complex enterprise is to supply everything necessary to the front-line units — weapons, equipment and munition — of the necessary volume and the required quality in the fastest way,” Putin stated at the start of the meeting, which he said is taking place in the “city of guns.”

There is a large arms plant in the city.

“Moreover, it is important to considerably improve the characteristics of supplied armaments in the context of the latest battle experience,” Putin continued, adding, “I look forward to your proposals on addressing the problems that are inevitable in this large piece of work and how we will move forward and make sure there are fewer of them.”

“A key task in this is to set up a feedback loop between the military-industrial complex and the units involved in the special military operation,” he noted, using his term for the invasion of Ukraine.

“Your specialists go to the frontline helping to repair quickly the damaged equipment and making it operational again, to test how it works in combat and make changes to the prototypes to improve their characteristics,” he added.

There have been reports of basic equipment shortages for Russian troops since the beginning of the country’s invasion of Ukraine. Russian citizens are now crowdfunding to equip soldiers deployed to Ukraine as winter closes in on the battlefield.

In the Chuvashia region, where some of the mobilized staged protests in the fall, Telegram channels said that families had gone into debt buying equipment. And in Tambov, in central Russia, 8th grade schoolchildren also raised money for socks for the troops.

While many appeals focus on preventing hypothermia among soldiers fighting without adequate clothing and shelter in sub-zero temperatures, some also try to source thermal imagery devices, two-way radios, body armor and even drones.

The energy deficit in the Kyiv region is at around 50%, Oleksii Kuleba, head of Kyiv regional military administration, said on Telegram.

“Hospitals, water and heat supply systems and other critical infrastructure facilities are supplied with electricity as a priority,” he added, reiterating that the situation is “difficult” in Bucha, Brovary and Boryspil districts, where lights are on for two to four hours a day.

Work on Ukraine’s energy infrastructure is continuing “around the clock” to repair the damages from Russian missile attacks, he continued.