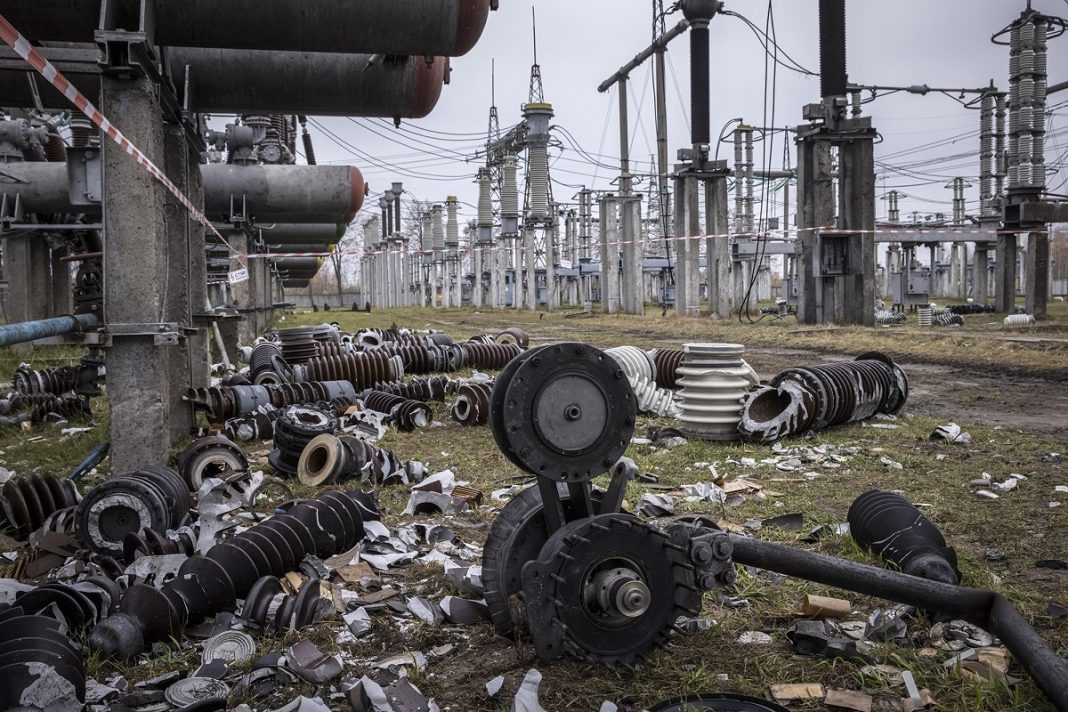 The United Nations Security Council has met following Russian claims that weapons supplied to Ukraine by Western countries have ended up in the hands of criminal gangs.

Russia’s ambassador to the UN Vasily Nebenzya stated the weapons the West supplied to Ukraine have been falling into the wrong hands, not only in Europe but also in Africa and the Middle East.

“We scrupulously register all such criminal actions of the US and its allies, they will have concrete legal consequences for everyone involved,” he added.

“We track and destroy the shipped vehicles. Since there its amount in Western warehouses drops, Washington and its allies have recently been trying to actively work with third countries, buying weapons and military equipment from them and shipping it to Ukraine,” the diplomat noted.

“The fact of such deals was recently admitted by Ukrainian Foreign Minister [Dmitry] Kuleba,” he continued.

Infrastructure and military among priorities amid energy crunch in Ukraine: PM

As Ukraine grapples with an energy crisis, the country will have to set priorities for electricity supply, Prime Minister Denys Shmyhal said.

“The first priority is critical infrastructure, in particular water and heat supply facilities and hospitals,” Shmyhal told a government meeting.

“The second priority is the military-industrial complex — facilities that work for the defense of the state. The principle, ‘Everything for the front,’ remains absolutely unchanged,” he added.

He stated the third priority is businesses that produce essential products — for example, bakeries and dairies. And the residential sector was fourth.

Volodymyr Kudrytskyi, CEO of state electricity generator Ukrenergo, said that repairs were continuing after the last wave of Russian missile attacks on Monday.

“Several power plants were forced to stop generating electricity after the damage. Now we are gradually trying to restore generation at thermal power plants, to bring them to the levels that existed on the eve of the last attack,” he continued.

Kudrytskyi noted that since Oct. 10, more than 1,000 heavy missiles and drones have been fired at energy infrastructure facilities. The major difficulties with electricity supply were currently in the Odesa region, Kherson region, and Kharkiv region.

Nuclear generation has provided a little more than half of Ukraine’s needs in the recent past but Kudrytskyi said said the country needed other types of energy generation.

“There is not a single thermal power plant in Ukraine that was not damaged by the attacks,” he stated, adding, “Similarly, almost all hydroelectric power plants have suffered some damage and have a limited ability to generate electricity.”

He said as repairs continued, he hoped the country could transition to planned outages in the next few days. Much of Ukraine has also suffered emergency power cuts in recent weeks.

Energy Minister Herman Halushchenko noted more Russian targeting of infrastructure could be expected, and the energy supply might also be affected by heavy frosts.

“Ukraine has already received power equipment worth millions of euros. Our task today is not only to use the equipment for rapid restoration works but also to form a stock of equipment that may be urgently needed after the next shelling,” he added.

Inflation in Russia slows to under 12 percent

Inflation has continued to slow in Russia, standing at less than 12 percent in November year on year, after soaring to a 20-year high following the start of Moscow’s assault on Ukraine, according to statistics.

Last month, the rise in prices stood at 11.98 percent, down from 12.63 percent in October, the Rosstat state statistics service said.

The decline in inflation comes despite a barrage of Western sanctions that have affected much of the Russian economy, such as the automobile sector.

Earlier Friday, President Vladimir Putin stated he expected inflation to stand at 12.2 percent this year while the gross domestic product (GDP) would contract by 2.9 percent.

Russia is banning 200 prominent Canadians from entering the country in a direct response to personal sanctions announced by Ottawa, the foreign ministry in Moscow has announced.

Canada earlier announced sanctions against 33 current or former Russian officials and six entities involved in alleged “systematic human rights violations” against citizens who protested against the invasion of Ukraine.

“In response to personal sanctions imposed by Ottawa … 200 Canadian citizens are denied entry on a reciprocal basis,” the Russian ministry said on its website.

The ministry has also summoned Canada’s ambassador in Moscow.

White House national security spokesman John Kirby told reporters the aid “will soon be on its way to provide Ukraine with new capabilities to boost its air defences and counter the threats that Ukraine is facing from drones“.

The United States has also expressed alarm about a “full-scale defence partnership” between Russia and Iran, describing it as “harmful” to Ukraine, Iran’s neighbours and the world.

“Russia is seeking to collaborate with Iran, in areas like weapons development, training,” Kirby continued, adding that the US would sanction three Russian-based entities active in “the acquisition and use of Iranian drones”.

Russia is expanding and modernising its arsenal: US

“Russia is also modernising and expanding its nuclear arsenal,” Austin stated at a ceremony for the incoming commander of US Strategic Command, which oversees the United States’s nuclear arsenal.

“And as the Kremlin continues its cruel and unprovoked war of choice against Ukraine, the whole world has seen Putin engage in deeply irresponsible nuclear sabre-rattling,” Austin added.

For the second time this week, President Vladimir Putin has floated the possibility that Russia may formally change its current doctrine that it will not be the first to use nuclear weapons in a conflict.

Putin noted that United States’ policy was not to exclude the possibility of a “disarming” nuclear strike.

“They have it in their strategy, in the documents it is spelled out – a preventive blow. We don’t. We, on the other hand, have formulated a retaliatory strike in our strategy,” Putin said.

Even if Russia were to retaliate immediately on seeing the launch of nuclear missiles towards it, Putin stated, “This means that the fall of the warheads of enemy missiles on the territory of the Russian Federation is inevitable – they will still fall.”

“So if we’re talking about this disarming strike, then maybe think about adopting the best practices of our American partners and their ideas for ensuring their security. We’re just thinking about it. No one was shy when they talked about it out loud in previous times and years,” he added.

“If a potential adversary believes it is possible to use the theory of a preventive strike, and we do not, then this still makes us think about those threats that are posed to us,” he continued.

Putin was speaking at a news conference in Bishkek. He described the preemptive nuclear strike as “applied to the control points, deprive the enemy of these control systems and so on,” implying that it could even prevent a retaliatory strike.

On Wednesday, Putin acknowledged that the conflict is “going to take a while,” as he also warned of the “increasing” threat of nuclear war.

“As for the idea that Russia wouldn’t use such weapons first under any circumstances, then it means we wouldn’t be able to be the second to use them either — because the possibility to do so in case of an attack on our territory would be very limited,” he said Wednesday.

Putin’s comments come as the war enters winter, with Russia continuing to shell eastern and southern parts of Ukraine – and facing attacks on its own soil.

Joe Biden administration officials have previously said that Moscow has been warned at the highest levels of the consequences for use of nuclear weapon in the war.

Around 50% of Ukraine’s critical infrastructure for electricity have been “damaged more” and some has been “totally destroyed,” Oleksandr Kubrakov, the country’s infrastructure minister, has told CNN.

Ukraine was using “big bags of sand” to protect the targets, he added.

In a daily update to the energy situation across the country, the state energy supplier Ukrenergo maintained that the situation “remains difficult but under control”.

However, the company did admit that “all thermal and hydroelectric power plants are partially damaged,” and that the occupied Zaporizhzhia Nuclear Power Plant is not supplying electricity to the grid.

The company noted that that there will be little “major improvement” on the restoration of power across the country over the weekend. Russian shelling and missile strikes have continued to impact Ukraine’s energy infrastructure.