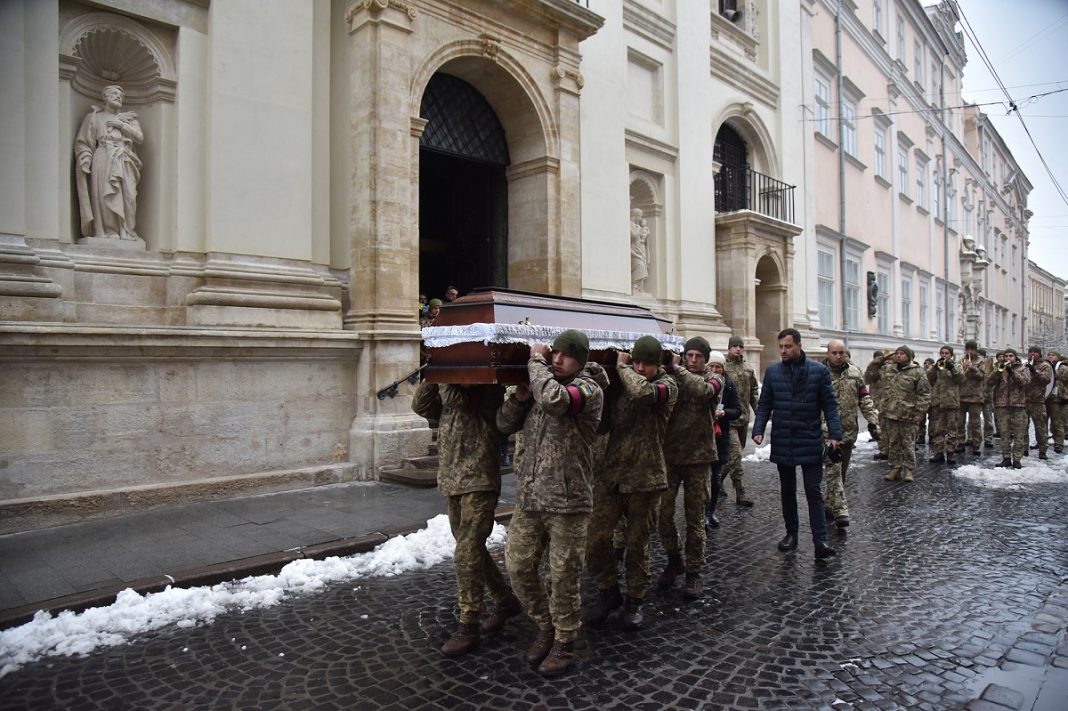 Ukrainian forces killed another 510 Russian troops on Friday, bringing the total number of soldiers lost by Russia since the invasion to 90,600.

They also downed another eight drones and managed to take out a tank, according to statistics provided by the Ukrainian general staff of the armed forces.

These are the indicative estimates of Russia’s combat losses as of Dec. 3, according to the Armed Forces of Ukraine. pic.twitter.com/t9HbMcR2Wq

The White House has welcomed news that the EU was “coming together” on a $60 per barrel price cap on Russian seaborne oil and said the deal should help limit Russian revenues.

“We still believe … that a price cap will help limit Mr Putin’s ability to profiteer off the oil market so that he can continue to fund a war machine that continues to kill innocent Ukrainians,” National Security Spokesman John Kirby told reporters.

Europe’s largest power plant, which was seized by Russia shortly after its invasion of Ukraine, has since come under repeated shelling, drawing condemnation from the IAEA, which has called for a safety zone to be created around the site.

“We are almost there. Believe me … Now we have a proposal on the table which, simply put, is aiming to stop the folly of bombing the largest nuclear power plant in Europe,” IAEA chief Rafael Grossi told a conference in Rome.

“This is ongoing. I cannot reveal everything, but I am engaged,” he added.

Several Ukrainian officials have warned that the country faces a tough winter but can prevail in the face of Russian missile attacks on its infrastructure.

Maksym Tymchenko, Chief Executive Officer of DTEK, a major power company, said that he was confident that there was no chance “for the Russians to plunge Ukraine into darkness.”

Yet, there was a power generation deficit and issues with electricity transmission, he told the Kyiv Security Forum on Friday.

In the capital, he noted, the company was trying to introduce “rolling controlled blackouts: 3-4 hours of electricity supply, followed by 4 hours break. This situation will continue, we hope, until next week only, if there are no further attacks. But we are prepared for further attacks.”

He added all six of DTEK’s power stations had been attacked, some of them several times. As of Friday, he said, the company has managed to bring them all back to the grid.

Additionally, he said, “We managed to accumulate enough coal stock for the country, not just for our company. We have enough gas storage to use gas for power generation. So we have enough capacity for the whole country.”

The problem, though, was with connections and transmission, Tymchenko added.

“Transformers, sub-stations, high-voltage transformers: these are what we’ve been in deficit of, and what we appeal to our international partners for. Some of the equipment is already on the way to Ukraine,” he continued.

“There was no heat and water supply. And about 4,000 employees of utility companies worked day and night to restore them,” he added.

Ukraine’s Defense Minister, Oleksii Reznikov, told the forum that the months ahead would be difficult.

He stressed, “The enemy still has significant resources, but there are more and more signs that he needs a pause at any cost.”

A ‘clear picture’ of the war by early next year: Turkey

Turkish Foreign Minister Mevlut Cavusoglu says he expects a “clear picture” of the war in Ukraine by early next year.

“Now, Ukraine is advancing on the ground, retaking some of their occupied territories. But Russia in return is deliberately targeting civilian infrastructure. So life is getting difficult for Ukrainians, particularly, and for all of us,” Cavusoglu stated at a forum in Rome.

“I think, before the springtime, we will have clear picture about ceasefire or truce or negotiation table. But we will not give up. As Turkey we will continue our efforts,” Cavusoglu added.

Russia’s war against Ukraine became more complicated with the fighting on the ground getting heavier, Cavusoglu said, adding that some Western countries should do more to get two sides to the negotiation table.

Hungary’s prime minister says he will continue to oppose an EU plan to provide an 18 billion euros ($19bn) aid package to Ukraine in 2023.

In an interview on state radio, Prime Minister Viktor Orban acknowledged that Ukraine needs help to pay for the functioning of essential services but emphasised that he would block the EU’s plan of joint borrowing to fund the package.

“The question is how to help Ukraine,” Orban stated.

“One proposal says that we should use the budgets of the EU member states to take out new loans together and use that money to give to Ukraine. We are not in favour of this because we do not want the European Union to become a community of indebted states instead of a community of cooperating member states,” he continued.

Orban instead proposed that EU member states draw from their own budget to provide assistance to Ukraine through bilateral agreements.

“We will not accept the other plan, we will not consent to it, without us it will not come into being,” he added.

The European Union approves a price cap on Russian oil at $60 a barrel, an EU official with knowledge of the situation told CNN on Friday.

The plan, which stops all EU countries from setting more than $60 a barrel, needs the agreement of all EU states.

President of the European Commission Ursula von Der Leyen said on Friday the bloc and other G7 partners will have a “full import ban” on Russian seaborne oil starting Dec. 5.

“First, it strengthens the effect of our sanction,” she continued, adding, “Second, it will further diminish Russia’s revenues.”

“And thirdly, at the same time, it will stabilize global energy markets, because it allows some Russian seaborne oil to be traded broker transported by EU operators to third countries as long as it is sold below the cap,” she noted.

Von der Leyen said the price cap will directly benefit developing and emerging economies and will be adjustable over time so that “we can react to market developments.”

“Together with our partners, we stand united and firm in our opposition to Russia’s atrocious war,” von der Leyen concluded.