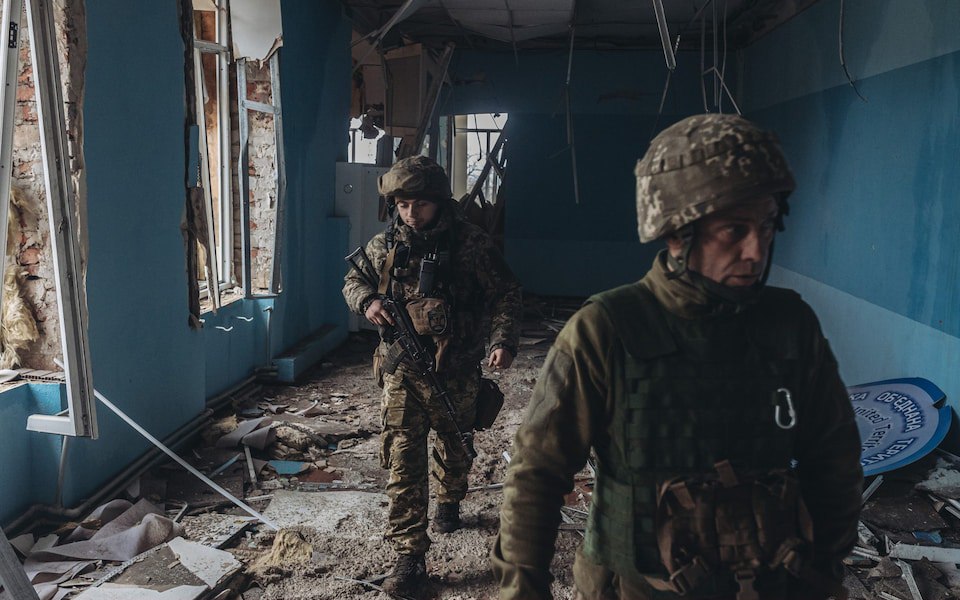 A social worker has been killed after Russian forces shelled an aid distribution point in the town of Orikhiv in Ukraine’s southeastern Zaporizhzhia region on Tuesday, governor Oleksandr Starukh said on Telegram.

“As a result of a direct hit to the humanitarian aid distribution centre in a school, one social worker was killed and two more women were wounded,” Starukh, head of Zaporizhzhia regional military administration, added.

Over 6,500 civilians have died since war in Ukraine started

At least 6,595 Ukrainian civilians have been killed and 10,189 injured since Russia invaded the country in February, according to the Office of the United Nations High Commissioner for Human Rights (OHCHR).

Among those killed were at least 415 children, 2,575 men, 1,767 women and 1,838 other adults whose gender is yet to be identified, according to data released the figures.

Many of the civilian casualties have occurred in the Donetsk and Luhansk regions in the Donbas — an eastern region at the heart of the war that has seen the most intense fighting in recent months.

The OHCHR report said 3,939 civilians were killed and 5,338 others injured in Donetsk and Luhansk, including 449 in Russian-controlled territory.

The commission announced actual figures are “considerably higher” due to a lack of or delayed information in areas where the conflict has intensified, including in cities such as Mariupol, Izium, Lysychansk, Popasna and Severodonetsk.

Most of the casualties recorded were a result of explosive weapons with wide area effects such as shelling from heavy artillery, multiple launch rocket systems, missiles and air strikes, the report added.

Ukrainian energy suppliers were forced to impose additional blackouts on Monday in addition to scheduled ones as temperatures across the country plummeted.

According to Ukrainian President Volodymyr Zelensky, the blackouts are due to a higher level of demand for electricity than the country’s war-damaged infrastructure can provide. During a daily address to the nation, Zelensky appealed to regional and local authorities to double down on the message to residents to consume electricity.

Temperatures in Kyiv are expected to hover around zero Celsius (32 degrees Fahrenheit) for at least the next 10 days.

Serhiy Kovalenko, CEO of Yasno, stated that engineers are working to restore power before even further cold weather sets in – but warned that Ukrainians will likely have to live with outages until at least the end of March.

The best-case scenario, barring new attacks on the grid, was that power shortages could be evenly distributed throughout the country, he said in a post on the company’s Facebook page.

In the event of severe damage to the grid by Russian attacks, he warned people can expect “not only hourly stabilization power outages but also emergency ones, when there may be no light for a very long time.”

Kovalenko urged citizens to be prepared for the worst-case scenario and to stock up on warm clothes, blankets and supplies in case of long blackouts.

WHO warns of ‘life-threatening’ winter for millions in Ukraine

The World Health Organization has warned that the upcoming winter would be “life-threatening” for millions of Ukrainians after a series of devastating Russian attacks on the country’s energy grid.

“Put simply – this winter will be about survival,” Hans Kluge, regional director for Europe at the United Nations health body, told reporters during his visit to Kyiv.

“This winter will be life-threatening for millions of people in Ukraine,” he said.

Damage to Ukraine’s energy infrastructure caused by numerous missile strikes “is already having knock-out effects on the health system and on the people’s health,” Kluge said.

“We expect two to three million more people to leave their homes in search of warmth and safety,” he warned.

Residents of the southern Ukrainian city of Kherson are to be evacuated to other regions of the country with working electricity and more intact infrastructure for the winter — specifically women, children, the elderly and other vulnerable people, according to officials.

The Black Sea port city, which was recently liberated from Russian troops, is without electricity and authorities say the city’s infrastructure has been too damaged for citizens to survive winter.

Iryna Vereshchuk, the vice prime minister for the Minister of Reintegration of Temporarily Occupied Territories, said Ukraine will offer free evacuation to citizens of Kherson to “Kryvyi Rih, Mykolaiv and Odesa cities, with possible further relocation to Kirovohrad region, Khmelnytskyi region or western regions of Ukraine.”

Ukrainian authorities will offer free accommodation, food and medical attention to those who leave, she added.

No nuclear safety concerns at Zaporizhzhia after shelling: IAEA

There are no immediate nuclear safety or security concerns at the Russian-held Zaporizhzhia nuclear power plant in Ukraine despite shelling over the weekend that caused widespread damage, the UN atomic watchdog said in a statement after its experts toured the site.

“They were able to confirm that despite the severity of the shelling, key equipment remained intact and there were no immediate nuclear safety or security concerns,” the International Atomic Energy Agency (IAEA) added.

Washington’s envoy for war crimes has said the United States was monitoring allegations of Ukrainian forces summarily executing Russian troops and said all parties should face consequences if they commit abuses in the conflict.

“We are obviously tracking that quite closely,” Beth Van Schaack, the US ambassador-at-large for global criminal justice, told reporters during a telephone briefing.

“It’s really important to emphasise that the laws of war apply to all parties equally: both the aggressor state and the defender state, and this is in equal measure,” she continued, adding that “all parties to the conflict must abide by international law or face the consequences”.

Around one out of five people in Ukraine have trouble getting access to medicine, Dr. Jarno Habicht, the World Health Organization’s representative in Ukraine, said on Monday.

The problem is worse in Ukrainian regions occupied by Russia, with one in three people there not able to get the medicine they need, Habicht told a news briefing Monday in Kyiv.

This winter season and particularly snow which has already been witnessed in parts of Ukraine will pose a “formidable challenge” to the health system, he added.

Continuous attacks to the health infrastructure in Ukraine have also impacted availability to health services, such as medicine, Covid-19 vaccines, and machinery in hospital intensive care units, the WHO official continued.

The agency has so far verified some 703 attacks on health care facilities in Ukraine since the war began in February, according to WHO’s latest data.