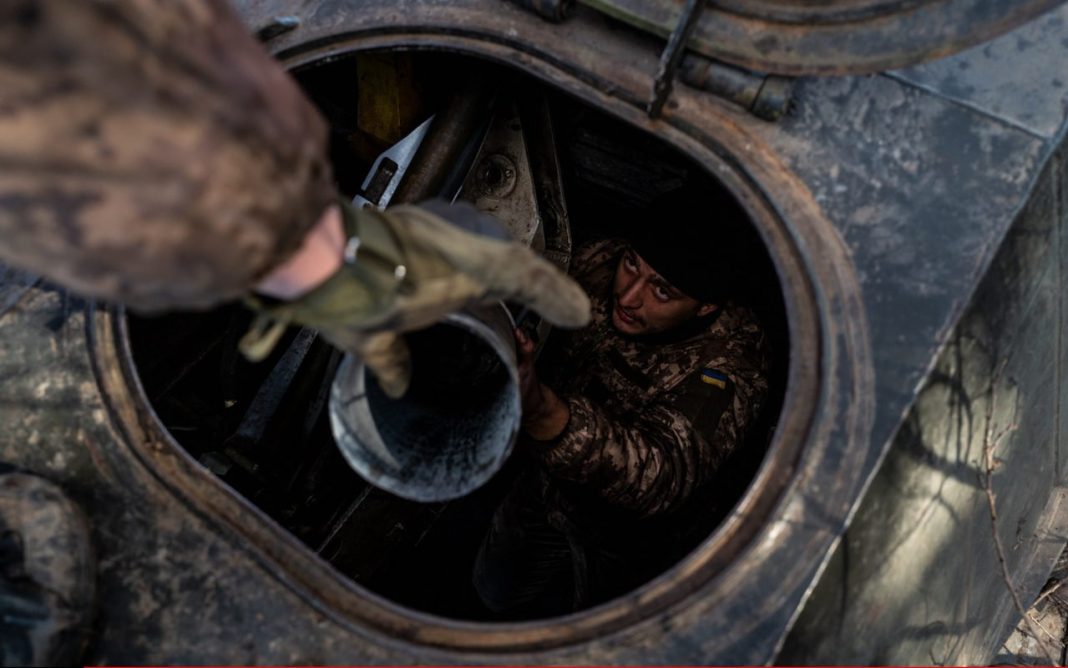 The Joe Biden administration is privately encouraging Ukraine’s leaders to signal an openness to negotiate with Russia and drop their public refusal to engage in peace talks unless President Vladimir Putin is removed from power, the Washington Post reported.

The paper quoted unnamed people familiar with the discussions as saying that the request by American officials was not aimed at pushing Ukraine to the negotiating table, but a calculated attempt to ensure Kyiv maintains the support of other nations facing constituencies wary of fueling a war for many years to come.

It added the discussions illustrated the complexity of the Biden administration’s position on Ukraine, as US officials publicly vow to support Kyiv with massive sums of aid “for as long as it takes” while hoping for a resolution to the eight-month conflict that has taken a big toll on the world economy and triggered fears of nuclear war.

The daily added US officials shared the assessment of their Ukrainian counterparts that Putin is not for now serious about negotiations, but acknowledged that Ukrainian President Volodymyr Zelensky’s ban on talks with him had generated concern in parts of Europe, Africa and Latin America, where the war’s effects on costs of food and fuel are felt most sharply.

“Ukraine fatigue is a real thing for some of our partners,” the Post quoted one unnamed US official as saying.

28 ships with agricultural products left Ukrainian ports in the past week: Zelensky

The vessels carried more than 800,000 tonnes of food products from ports in Odesa, Chornomorsk and Pivdenny, Zelensky stated during his nightly address.

“The destinations are Egypt, Libya, Morocco, Algeria, Oman, Turkey, China and Ethiopia. Moreover, the ship to Ethiopia with 30,000 tonnes of wheat on board was chartered by the UN (World) Food Programme,” the Ukrainian leader added.

Zelensky called this week’s revival of the Black Sea grain corridor “one of the most significant international results of the entire autumn.”

“We showed that the world is capable of guaranteeing stability despite any threats posed by Russia,” he said.

“The world did not succumb to Russian blackmail, key actors acted decisively and, as a result, the aggravation of the food crisis was avoided,” the Ukrainian president continued, adding, “When the world is united, terrorists stand no chance.”

Zelensky concluded his address with what he called “another proof of the power of real world unity.”

He noted Ukrainian charity platform UNITED24 has received $220 million in donations from people living in more than 100 countries around the globe since its launch six months ago. Ukraine will launch a new fundraising effort next week within the framework of the platform to raise money for a fleet of marine drones, according to Zelensky.

President Vladimir Putin’s presence at this years’s G20 summit in Indonesia would send the wrong signal to global leaders who want the “crown of an autocrat”, said an advisor to President Volodymyr Zelensky.

Putin discussed the upcoming summit with Indonesian President Joko Widodo in a phone call on Wednesday, but it is unclear if he plans to attend.

Mykhailo Podolyak said, “Putin’s presence at G20 – totally wrong signal to global political elites. Especially for those who want the “crown of an autocrat”.

“Non-returning point was passed: whoever commits genocide in must be an outcast, isolated from civilized world. Still not too late to fix it,” he added.

Scholz defends China trip with accord on anti-nuke message

German Chancellor Olaf Scholz has defended a controversial trip to China as “worth it” due to an agreement to oppose the use of nuclear weapons in the war in Ukraine.

Speaking to a meeting of his Social Democrats a day after his 12-hour visit to Beijing, Scholz hailed an accord with Chinese President Xi Jinping that a nuclear escalation of Russia’s invasion of Ukraine must be avoided.

“I think that in light of all the debate about whether it was the right thing to travel there or not – the fact that the Chinese government, the president and I could state that there must not be any nuclear weapons used in this war – for that alone, this trip was worth it,” he said.

Scholz added after talks with Mr Xi on Friday that he had insisted “the Russia war in Ukraine is a dangerous situation for the whole world” and urged Russia’s ally Beijing to use its “influence” on Moscow to avert an escalation and stop the invasion.

Thousands in Italy march for peace in Ukraine

Tens of thousands of Italians marched through Rome on Saturday calling for peace in Ukraine and urging Italy to stop sending of weapons to fight the Russian invasion.

“No to war. No to sending weapons”, read one large banner carried by protesters, as a vast crowd broke into cries of “give peace a chance”.

Nato founding member Italy has supported Ukraine from the start of the war, including providing it with arms.

New far-right Prime Minister Giorgia Meloni has stated that will not change and the government has said it is expecting to send more weapons soon.