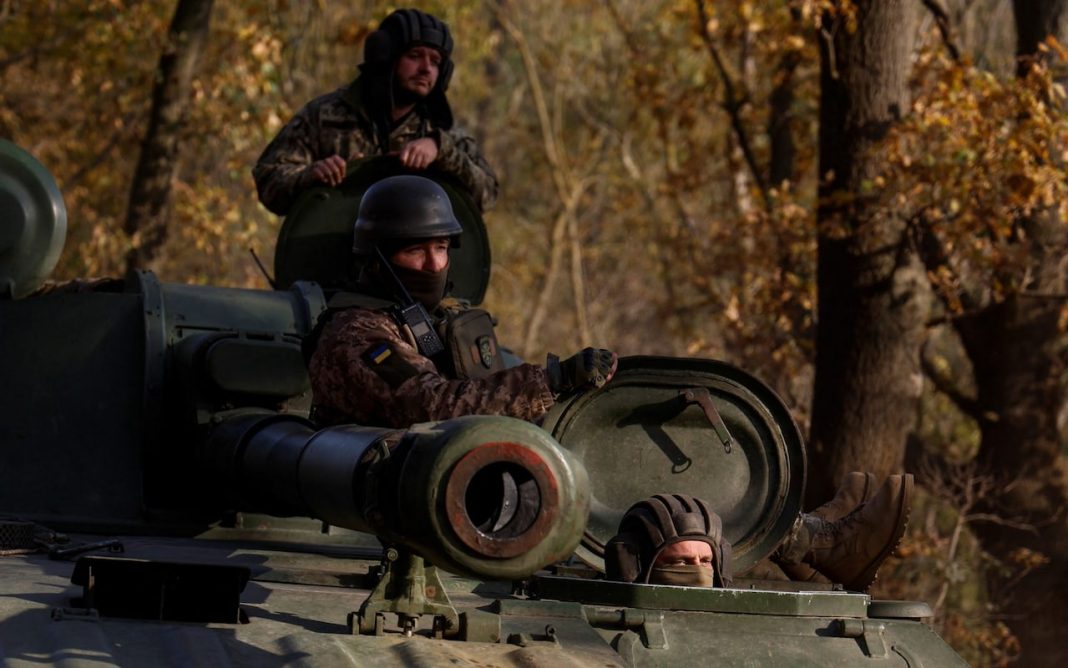 Tehran has acknowledged for the first time that it had supplied Moscow with drones but announced that they were sent before the war in Ukraine.

Iranian Foreign Minister Hossein Amirabdollahian said a “small number” of drones had been supplied to Russia a few months before Moscow’s forces invaded Ukraine on February 24, but that supply had now stopped.

“This fuss made by some Western countries that Iran has provided missiles and drones to Russia to help the war in Ukraine – the missile part is completely wrong,” the diplomat added.

“The drone part is true and we provided Russia a small number of drones months before the Ukraine war,” he continued.

US announces additional $400m of aid for Ukraine

The United States has announced an additional $400m of military aid for Ukraine, including paying for the refurbishment of 45 Czech T-72 tanks to be sent to Kyiv.

Deputy Pentagon Press Secretary Sabrina Singh stated she did not have an exact timeline for the supply of the tanks but expected the first units to be delivered before the end of the year.

She acknowledged that T-72s are “Soviet-era tanks” and were chosen because the Ukrainians had already been trained on them, rather than sending other, more modern tank systems.

Ukraine has an “acute need for air defence in this critical moment”, a top adviser to the US President Joe Biden has said on a visit to Kyiv.

“We recognise the acute need for air defence in this critical moment when Russia and Russian forces are raining missiles and Iranian drones down on the civilian infrastructure of this country,” National Security Adviser Jake Sullivan stated in a news conference in Kyiv.

Sullivan has noted during a visit to Kyiv that US support to Ukraine would remain “unwavering and unflinching” following Tuesday’s midterm congressional elections.

“We fully intend to ensure that the resources are there as necessary and that we’ll get votes from both sides of the aisle to make that happen,” he told reporters during a briefing at the Ukrainian presidential administration.

US Secretary of State Antony Blinken has stated the Group of Seven (G7) countries is focusing more of its security support on helping Ukraine defend against Russia’s attacks on its energy grid.

“The G7 agreed to create a new coordination group to help prepare, restore and defend Ukraine’s energy grid, the very grid that President Putin has brutalised,” Blinken said after a two-day G7 meeting in the western German town of Muenster.

Blinken has accused Russia of trying to make up for defeats on the battlefield by aiming attacks at Ukraine’s infrastructure, leaving civilians without vital services.

“President [Vladimir] Putin seems to have decided that if he can’t seize Ukraine by force, he will try to freeze it into submission,” Blinken noted after a meeting of the G7 foreign ministers in Germany.

Blinken said any use of a nuclear weapon by Putin would have disastrous consequences for him and his nation.

“Together with the G7, countries around the world are making clear to President Putin that any use of a nuclear weapon would be catastrophic for him and for Russia,” he added.

About four million people across Ukraine are being affected by rolling power cuts caused by Russia’s air strikes on the country’s electricity infrastructure, according to President Volodymyr Zelensky.

“As of this time, many cities and regions of our country use stabilisation blackout schedules,” he said on Friday night.

“We are doing everything so that the state has the opportunity to reduce such blackouts,” the president added.

Pope Francis has called on leaders, particularly in the religious community, to avoid a new Cold War.

“After two terrible world wars, a Cold War that for decades kept the world in suspense, catastrophic conflicts taking place in every part of the globe, and in the midst of accusations, threats and condemnations, we continue to find ourselves on the brink of a delicate precipice and we do not want to fall,” he stated in Bahrain at a conference on East-West dialogue.

“It is a striking paradox that, while the majority of the world’s population is united in facing the same difficulties, suffering from grave food, ecological and pandemic crises, as well as an increasingly scandalous global injustice, a few potentates are caught up in a resolute struggle for partisan interests, reviving obsolete rhetoric, redesigning spheres of influence and opposing blocs,” the Pope said, in an apparent reference to Russia’s invasion of Ukraine.

He added that religious leaders need to do their part in opposing rearmament.

Germany’s Scholz calls on China to ‘influence’ Russia over war

German Chancellor Olaf Scholz has said he told Chinese President Xi Jinping during the pair’s talks on Friday that he wanted Beijing to use its “influence” on Moscow to stop the war in Ukraine.

“I told President (Xi) that it is important for China to use its influence on Russia,” Scholz stated, adding, “Russia must immediately stop the attacks under which the civilian population is suffering daily and withdraw from Ukraine.”

Moscow and Beijing signed a no-limits partnership just days before Russia launched its invasion of Ukraine in late February, and Russia has sought to forge closer political and economic ties with China in the face of Western sanctions over the war.

“These units threaten to shoot their own retreating soldiers in order to compel offensives and have been used in previous conflicts by Russian forces,” the ministry said in its latest daily intelligence update.

“Recently, Russian generals likely wanted their commanders to use weapons against deserters, including possibly authorising shooting to kill such defaulters after a warning had been given. Generals also likely wanted to maintain defensive positions to the death,” it added.

“The tactic of shooting deserters likely attests to the low quality, low morale and indiscipline of Russian forces,” it noted.

The use of chemical, biological or nuclear weapons by Russia would be met with “severe consequences,” G7 foreign ministers said in a joint statement Friday, following meetings in Germany.

“The inspections by the International Atomic Energy Agency (IAEA) confirmed that these allegations are baseless, and we commend Ukraine for its transparency,” the ministers noted.

They added that the coalition will “continue to counter Russia’s disinformation, including false allegations concerning bioweapons,” including “strengthening the G7 Rapid Response Mechanism’s capacity for a coordinated response.”

This week’s meeting of the G7, short for Group of Seven, brought together leaders from some of the world’s largest economies.

International Atomic Energy Agency inspectors completed in-field verification activities at three locations in Ukraine at the request of the Ukrainian government, and they have not found any indications of undeclared nuclear activities and materials, according to a statement by IAEA Director General Rafael Grossi Thursday.

Ukraine made the request after Russia made allegations about activities related to the possible production of dirty bombs in three locations: the Institute for Nuclear Research in Kyiv, Eastern Mining and Processing Plant in Zhovti Vody, and Production Association Pivdennyi Machine-Building Plant in Dnipro, according to the IAEA, the United Nations’ nuclear watchdog.