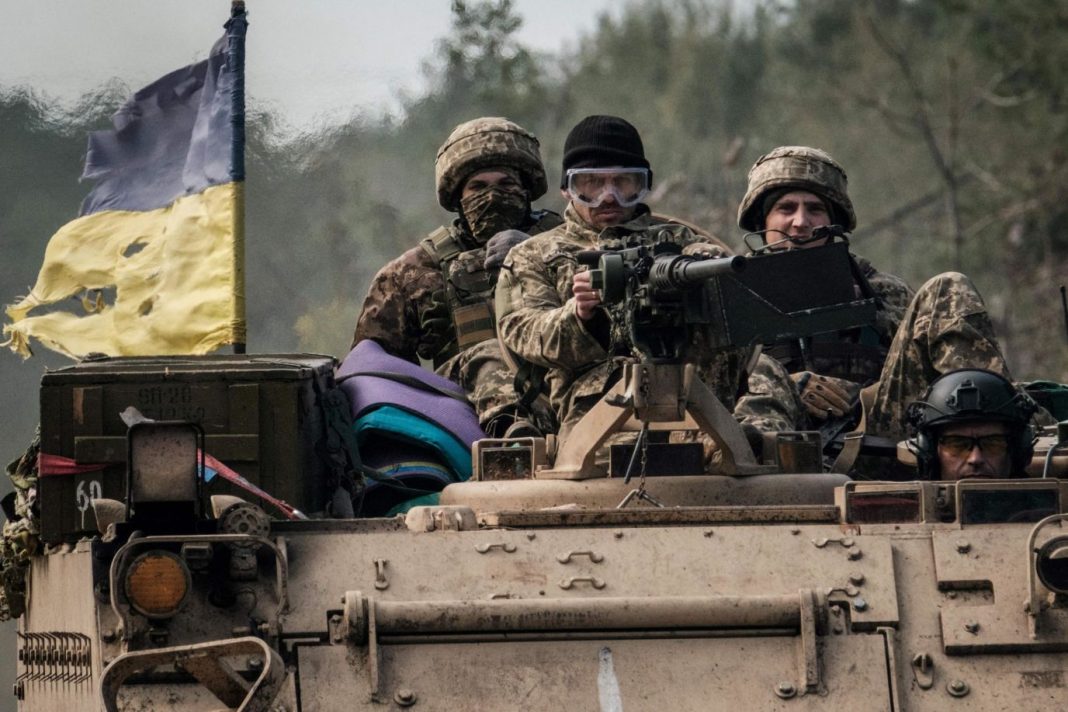 “By suspending its participation in the grain deal on a false pretext of explosions 220 kilometers away from the grain corridor, Russia blocks 2 million tons of grain on 176 vessels already at sea — enough to feed over 7 million people,” Kuleba tweeted Sunday.

“Russia has planned this well in advance,” he added.

On Saturday, Russia announced it would suspend its participation in the United Nations-brokered grain export deal with Ukraine after drone attacks on the Crimean city of Sevastopol.

“The current queue with grain has accumulated in the Black Sea since September, when Russia started deliberately delaying the functioning of the corridor and seeking to undermine the deal. Russia took the decision to resume its hunger games long ago and now tries to justify it,” he stated.

Russia has been urged to reverse its decision to pull out of the internationally-brokered grain deal by the EU’s representative for foreign affairs.

“Russia’s decision to suspend participation in the Black Sea deal puts at risks the main export route of much needed grain and fertilisers to address the global food crisis caused by its war against Ukraine,” Josep Borrell Fontelles said on Twitter on Sunday.

“The EU urges Russia to revert its decision,” he added.

Russia’s ambassador to Washington slammed the US on Sunday for making what he claimed false assertions about Moscow’s decision to suspend its participation in a UN-brokered Black Sea grain deal.

“Washington’s reaction to the terrorist attack on the port of Sevastopol is truly outrageous,” Ambassador Anatoly Antonov said on Telegram.

“We have not seen any signs of condemnation of the reckless actions by the Kyiv regime,” he continued, adding, “All the indications that the British military specialists were involved in organising the massive strike with the use of drones, are disregarded.”

Zelensky: Russia is “deliberately working to ensure starvation” with suspension from grain deal

Ukrainian President Volodymyr Zelensky called the decision of Russia to suspend its participation from the grain export deal with Ukraine “deliberate” and “a rather predictable statement” in his nightly address Saturday.

“This is not the decision they made today,” Zelensky said, adding, “Russia began deliberately exacerbating the food crisis back in September, when it blocked the movement of ships with our food.”

That echoes previous charges he’s made about Russian interference with the program before Moscow officially backed out.

“How can Russia be among the others in the G20 if it is deliberately working to ensure starvation on several continents? This is nonsense. Russia has no place in the ‘twenty,’” Zelensky continued.

Zelensky called on “a strong international reaction” to Russia’s suspension from the grain deal , in particular from the UN and the G20.

“Any talk by Russia of disrupting these critical grain exports is essentially a statement that people and families around the world should pay more for food or go hungry,” said Adrienne Watson, a spokesperson for the National Security Council, in a statement.

“Russia is again trying to use the war it started as a pretext for weaponizing food, directly impacting nations in need and global food prices, and exacerbating already dire humanitarian crises and food insecurity,” the statement read.

Russia stated it was halting participation in the deal with Ukraine after drone attacks on the Crimean city of Sevastopol, the country’s defense ministry announced Saturday.

In July, following months of negotiations, ministers from both Ukraine and Russia signed an agreement brokered by the UN and Turkey. Russia pledged to unblock ports on the Black Sea to allow the safe passage of grain and oilseeds – some of Ukraine’s most important exports.

“The Black Sea Grain Initiative has already moved more than 9.3 million metric tons of grain and brought prices down around the world. It has been a tremendous success and must continue,” the White House statement added.

US President Joe Biden has claimed there is absolutely “no merit” to Moscow’s decision to halt the deal which allowed the export of Ukrainian grain via the Black Sea. Russia previously warned that the shipping route could be abused by smugglers, and put the agreement on hold on Saturday following a “terrorist attack” on vessels involved in ensuring the security of the corridor.

“There’s no merit to what they’re doing. The UN negotiated that deal and that should be the end of it,” he added.

Blinken stated in Washington that the suspension was regrettable and urged “all parties to keep this essential, life-saving initiative functioning”.

“Any act by Russia to disrupt these critical grain exports is essentially a statement that people and families around the world should pay more for food or go hungry. In suspending this arrangement, Russia is again weaponising food in the war it started, directly impacting low- and middle-income countries and global food prices, and exacerbating already dire humanitarian crises and food insecurity,” he added.

Russia announced on Saturday that it has halted its compliance with the deal, brokered by the UN and Turkey earlier this year. The move came after Kiev launched a major drone attack on the Black Sea Fleet and civilian vessels involved in securing safe passage for agricultural cargo from Ukrainian ports, the Russian Defense Ministry explained.

Russia and Ukraine say they have exchanged prisoners of war, with both sides returning about 50 people each.

Further exchanges were being worked on, it added, but did not give details.

Ukraine says Russia’s decision to suspend participation in a UN-brokered Black Sea grain deal “proves once again that negotiations with the Russian Federation are a waste of time”.

“Vladimir Putin has turned food, the cold and prices into weapons against the world … Russia is waging a hybrid war against Europe, taking Africa and the Middle East hostage,” Ukrainian presidential adviser Mykhailo Podolyak tweeted.

Ukraine’s foreign minister has also accused Moscow of using a “false pretext” to suspend its participation in the Black Sea grain corridor on Saturday.

“I call on all states to demand Russia to stop its hunger games and recommit to its obligations,” Dmytro Kuleba wrote on Twitter.

Russia has suspended participation in a crucial UN-brokered deal to export agricultural produce from Ukrainian ports.

It comes after a drone attack on Russia’s Black Sea Fleet in Sevastopol, in Russian-occupied Crimea, which Moscow claimed had targeted ships involved in the grain exports. It blamed Ukraine and the UK for the attack.

“It is vital that all parties refrain from any action that would imperil the Black Sea Grain Initiative which is a critical humanitarian effort that is clearly having a positive impact on access to food for millions of people around the world,” he added.