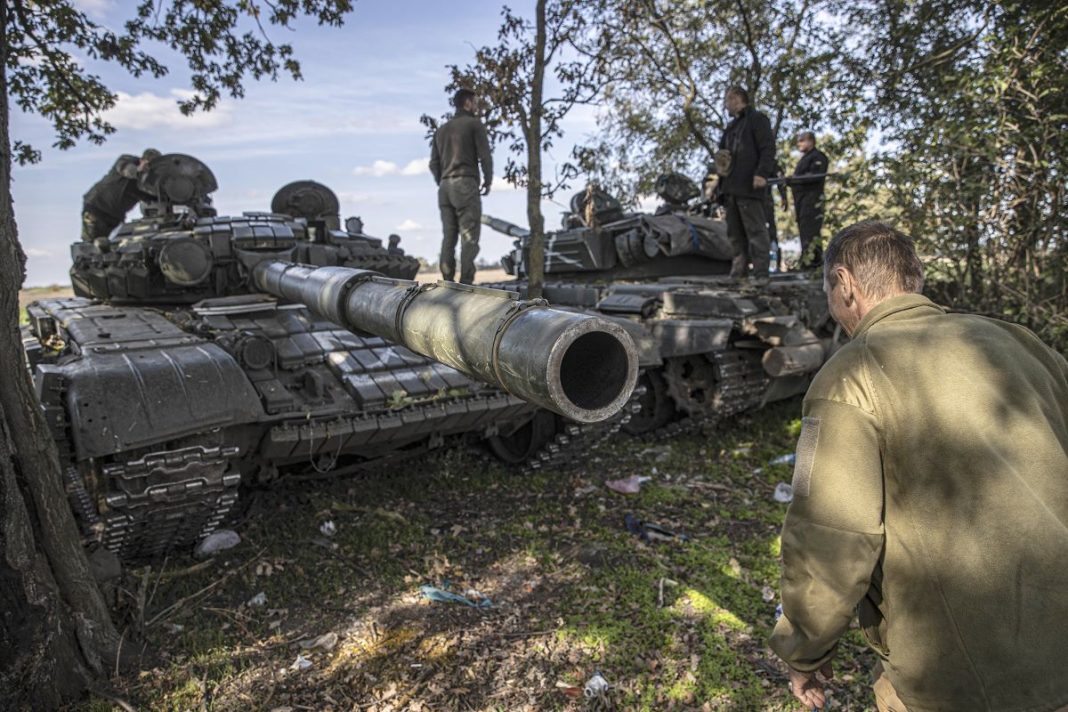 The number of children killed since the start start of the war now stands at 423, the office of the Ukrainian prosecutor general has said.

It added that a further 810 children had been injured in the conflict and that the most child casualties were suffered in the regions of Donetsk, Kyiv, and Kyiv.

It also noted the numbers were not final because work was ongoing to collate tallies of those killed and injured in areas still occupied or where fighting is ongoing.

Video footage posted online appears to show a series of missiles striking the runway of Belgorod airport in Russia, near the Ukrainian border.

It is unclear if the missiles were fired by Ukrainian forces or whether they were misfired by Russian air defence batteries.

Pope calls for greater ‘multilateralism’ in response to Ukraine war

Pope Francis has said that the invasion of Ukraine highlights the need for stronger international bodies, such as the UN, in an extract of his new book.

“In wartime, it is essential to affirm that we need more multilateralism and a better multilateralism,” but the UN is no longer fit for “new realities”, he added in an extract published by La Stampa daily.

The book, which also addresses the Covid-19 pandemic, will be released in Italy on Tuesday.

Russian soldiers have shot dead a Ukrainian musician in his home after he refused to take part in a concert in occupied Kherson, according to the culture ministry in Kyiv.

Conductor Yuriy Kerpatenko declined to take part in a concert “intended by the occupiers to demonstrate the so-called ‘improvement of peaceful life’ in Kherson”, the ministry said in a statement on its Facebook page.

The concert on 1 October was intended to feature the Gileya chamber orchestra, of which Kerpatenko was the principal conductor, but he “categorically refused to cooperate with the occupants”, the statement added.

Russia continues to conduct “massive, forced deportations” of Ukrainians that “likely amount to a deliberate ethnic cleansing campaign”, according to a US-based think tank.

In its latest assessment of the conflict, the Institute for the Study of War notes that Russian officials have “openly admitted to placing children from occupied areas of Ukraine up for adoption with Russian families”.

Russian is “probably incapable of producing advanced munitions at the rate they are being expended”, according to the latest update from the UK ministry of defence.

The ministry announced attacks like those launched across Ukraine on Monday, in which Russia fired some 80 cruise missiles, represent a “further degradation of Russia’s long-range missile stocks, which is likely to constrain their ability to strike the volume of targets they desire in future”.

The estimated number of Russians killed since the start of the war has reached 65,000, according to the Ukrainian military.

It added that the number of tanks lost had reached 2,529, and that 5,193 armored personnel vehicles had also been destroyed.

An adviser to Ukraine’s President Volodymyr Zelenskiy has noted the two Russian volunteers who opened fire on fellow volunteers at a military base had carried out the attack after an argument over religion.

At least 11 people were killed and 15 wounded in the shooting at a military training ground in the Belgorod region in south-western Russia on Saturday, the Russian defence ministry has confirmed. The two attackers were shot dead.

Oleksiy Arestovych, an adviser to Zelenskiy, stated in a YouTube interview that the attackers were from the Central Asian nation of Tajikistan and had opened fire on the others after an argument over religion, according to Reuters.

Tajikistan is predominantly Muslim, while around half of Russians follow various branches of Christianity. The Russian ministry had announced the attackers were from a nation in the Commonwealth of Independent States, which groups nine ex-Soviet republics, including Tajikistan.

The independent Russian news website Sota Vision reported that the attack occurred in the small town of Soloti, close to the Ukrainian border and about 105km (65 miles) south-east of Belgorod.

The Russian state media outlet RIA cited a defence ministry statement as saying: “During a firearms training session with individuals who voluntarily expressed a desire to participate in the special military operation [against Ukraine], the terrorists opened fire with small arms on the personnel of the unit.”

The attack took place a week after an explosion damaged a bridge in Crimea linking to Russia.

France to train up to 2,000 Ukrainian soldiers

France will train up to 2,000 Ukrainian soldiers on its territory, Sebastien Lecornu, minister for the armed forces, has told Le Parisien newspaper.

The soldiers will “be taken into our units for several weeks”, he said, adding that there would be three levels of training: general combat, “specific needs outlined by the Ukrainians such as logistics” and then training on how to use defence materiel furnished by Ukraine’s Western allies.

France will also provide Ukraine with Crotale air defence systems, he stated, without specifying how many.

The number is being “defined with the Ukrainians” he said, adding that it “will be significant to allow them to defend their skies”.

The ministry announced in a statement that the shooting took place in the Belgorod region in southwestern Russia, which borders Ukraine.

It added that the two volunteers from an unnamed ex-Soviet nation fired on other soldiers during target practice and were killed by return fire.

The ministry called the incident a “terrorist attack”.

Elon Musk has said that his rocket company SpaceX will continue to fund its Starlink internet service in Ukraine, although it was unclear if the statement was made in earnest.

Musk made the claim in a tweet the day after he said his company could no longer afford to fund the satellite internet system in the Ukraine, which has been vital to military and civilian communication during the conflict.

“The hell with it … even though Starlink is still losing money & other companies are getting billions of taxpayer $, we’ll just keep funding uUkraine govt for free,” Musk tweeted.